Archaeologists not as often as before, delight us with new discoveries. However, some relics are still found.

During excavations in Azov, Rostov Region, archaeologists found the remains of dogs with numerous injuries. Experts say that bones lay in the earth for at least VII centuries.

Discovered the remains during excavations on Petrovsky Boulevard. Archaeologists claim that most of the remains belong to mongrels, but there are thoroughbred dogs, reports RostovGazeta. 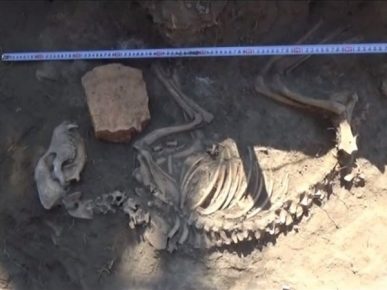 Multiple fractures found on animal skeletons. Excavations burials continue, the exact number of skeletons remains unknown. According to scientists, fractures could arise from beating: at that time animals were treated not as well as ours.