German Shepherd named Jarl serves in the Murmansk the police. The dog recently added to its work list of detentions another episode.

The regional police department called: in the village of Ura-Guba crime committed: an unknown attacked a local resident – stabbed him in the back and disappeared. I immediately went to the place operational investigation team together with canine expert Maxim Orlov and the dog Jarl. 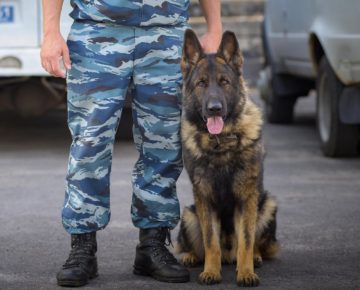 No one saw the attacker in person, and there were no witnesses who could tell where the attacker went. Similar crimes quite often go to the section “hanging” – their culprits it turns out to be found only if you’re lucky. Well, or if comes to the rescue The best friend of a policeman is a service dog.

So it was this time. Jarl immediately took the track, and soon brought a group in an apartment building where a 35-year-old man was detained, very drunk and previously convicted. After a while, the dog found and knife thrown by a prudent recidivist.