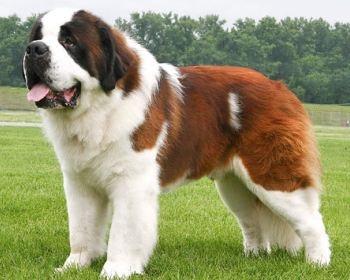 Saint Bernard – a dog known throughout the world. Their incredible kindness, heroism and self-sacrifice, love for man and many other useful qualities have long been the subject of general discussion among dog lovers.

Many people learned about this breed in more detail from the old the Beethoven movie, however, Saint Bernard as a breed does not exist less than 500 years old and she was very well known long before movie output.

Alpine Pass Saint Bernard – a very dangerous place. On him you can go only for a short period of time in a year – with July to September. The rest of the year, the pass is hidden by snow, and Now it’s not entirely clear how the Romans could 2000 years ago, not just walk along it, but even build a road there. Moreover, so the quality that its remnants exist today.

The pass was named after Archbishop Bernard de Menton, who in 962 he came to these places by founding a monastery and a hospice. Task monks were not only to read prayers, but also to perform the service – assist travelers who have been crossing pass. In addition, they sought and saved people in distress in these harsh places.

Now it’s impossible to establish exactly when the dogs whom now called St. Bernard, (and then called Talhund or Bauerhund, distinguishing by the length of the coat), appeared in these places. But, it’s known it is certain that since about the 17th century they have been helping monks guard the monastery, as well as save travelers. The monks found that these dogs are great trackers, different tremendous self-sacrifice and endurance.

In 1703, the first record of these animals. Severe living conditions have a beneficial effect on development breed – she gained even greater stamina and good health, increased undercoat, subcutaneous fat layer, as well as overall size dogs. Moreover, the wool was just as long as needed – this proved crossbreeding with the Newfoundland breed in 1830.

The resulting dogs had longer hair than required, which led to the formation of ice between the villi, gluing them together and complicating the movement of the animal. All puppies and adult dogs from this experiment were handed out. Over the years work to save people paired with monks, dogs of the breed St. Bernard pulled out of the snow a lot of travelers. Most famous considered a dog named Barry, which saved 40 people in the period from 1800 to 1810.

In 1833, someone named Daniel Wilson suggested calling Saint Bernard breed, named after the hospice and the pass itself, where they are so became famous because the dogs still have no official name It was. In 1880, the Swiss Kennel Club recognized this breed. It is under the name St. Bernard. By the way, when in 1887 The Zurich International Congress has developed the first breed standard, it was accepted by all countries except England.

Dogs of Saint Bernard breed have a large, muscular physique, long, strong limbs. Wool may be relatively short or long. Big head, muzzle square, ears hanging down on the sides of the head. The tail is long.

If you cite any breed as an example of kindness and dedication in relation to a person – this, of course, will be the St. Bernard. These dogs are not just kind – kindness, help, caring for people are some ultimate goal of their existence. Obviously, such qualities developed over hundreds of years, and therefore St. Bernard even genetically formed just like that.

Perhaps someone will be scared off by its large size, but the St. Bernards extremely rarely attack people. Even if it is an attacker. If a the attack still occurs, it was necessarily provoked – You can not be afraid of congenital unreasonable aggression. That they deprived. But if someone threatens his family members, he will try to stop such a person.

They are still used today on difficult mountain passes, in deep snow, at ski resorts. These dogs very often take part in rescue missions, and help pull people out of the rubble in the most inaccessible places. IN ordinary life, these are wonderful companions and best friends for person of any age.

Saint Bernard has a very developed intellect. They are beautiful understand the owner, his desires and mood, and can be beautiful assistant to a person with disabilities. Saint Bernard can to teach not only simple but also difficult difficult teams – maybe not right away, but he will remember them and will try to help to his master as well as possible.

These dogs can adapt to different living conditions, can live on the street thanks to their coat, as a guard dog. But – not in the sun, and with constant contact with loved ones people, this is extremely important. Without human attention and affection, these the dogs are sad and languishing. Strongly do not keep them on the chain recommended, in fact, like other dogs.

Perfectly treat children, realize their responsibility if remain alone with them. Strangers are perceived normally, with friendliness if they do not show aggression towards them or their members families. Other pets are accepted normally, but need early socialization and getting to know cats in early age.

The Saint Bernard breed is very capable and smart. These dogs can teach a huge number of teams – they remember everything on fine. However, you may encounter stubbornness. Besides, sometimes a dog needs time to learn material. You neither in no case should you lose your temper, get nervous or use violence against your pet. This breed is not accepts this categorically.

Their innate stubbornness is the flip side the determination that allows St. Bernard to overcome unimaginable difficulties in order to help a person in the most difficult and dangerous conditions. Therefore, be patient with this, consistency and kindness. Pay attention to cancel commands and obedience on walks as this is a big and heavy dog that can easily pull you after an interesting smell if will not obey commands. You need to start training with a 5-6 month old age.

Saint Bernard dog has several negative aspects – this increased salivation and a lot of hair falling out when molting. St. Bernard needs to be combed out 2-3 times a week, trim the claws three times a month. Cleanse mucus daily eyes and keep your ears clean. They bathe the dog 1-2 times a week, Also, on hot days, if she lives outside, make sure that free access to water and shade.

Saint Bernard is a breed that lives about 8-10 years, and although distinguished by great endurance and strong physique, can have the following health problems:

Interesting facts 1. They say that one legendary St. Bernard Barry saved more than 40 people on the pass Saint Bernard and its environs. 2. In the films “Beethoven” and “Second Beethoven “talks about a big, awkward but attractive saint bernard. 3. The breed was named after Saint Bernard de Menton, patron of highlanders and skiers. 4. Saint Bernard – national dog Switzerland.

Did you know? 1895 New York Times Edition year describes a St. Bernard dog named Mayor 8 feet long 6 inches (259 cm). If this information were confirmed, then the dog The Serbernard breed would be the longest in history. 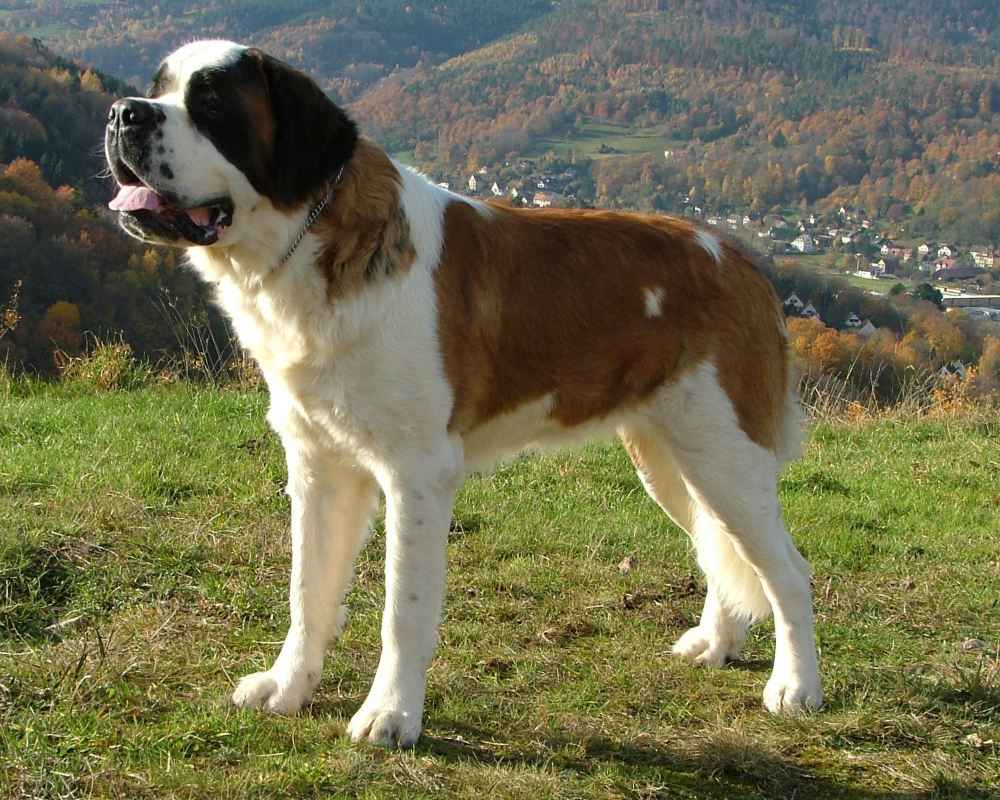 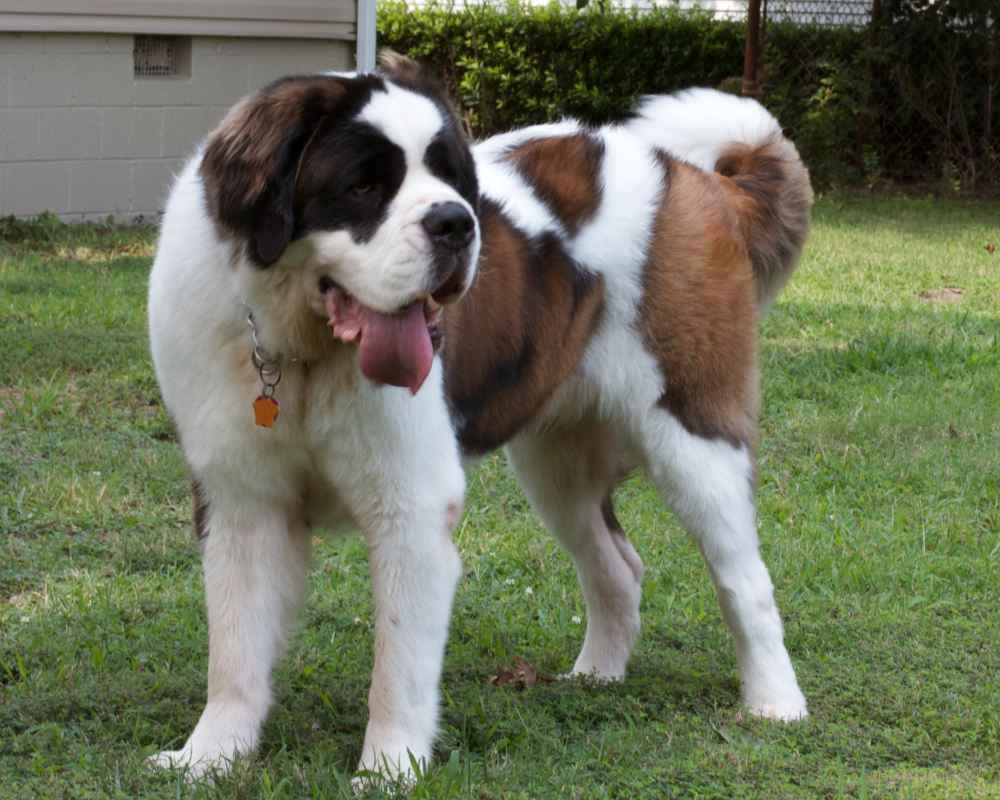 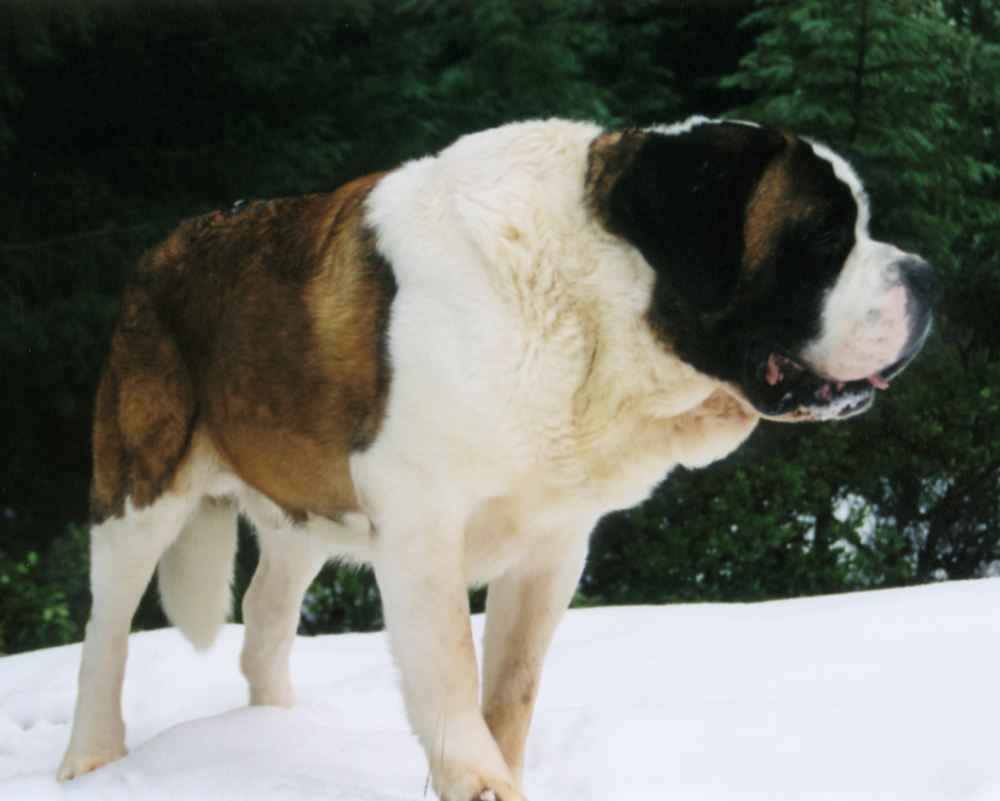 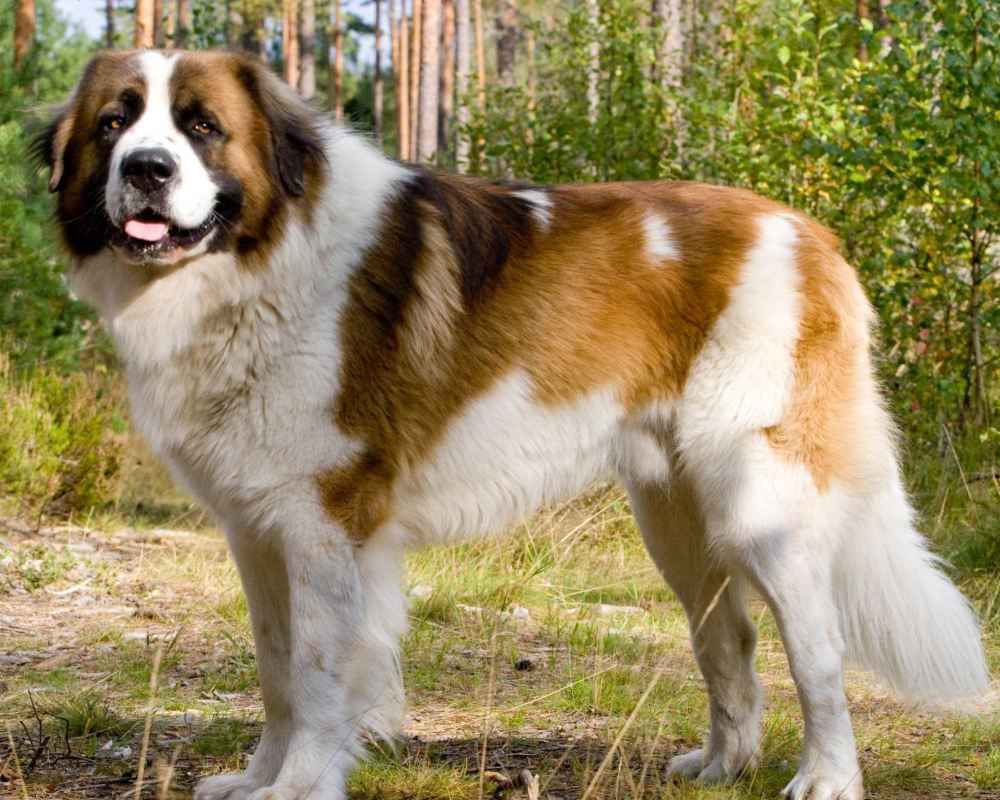