An outbreak of a dangerous disease recorded in Primorye, in The border area, located almost on the border with China. At the end of July, two boars and a pig fell ill on a local the farm.

Veterinarians examined the biomaterial of animals for clarification type of infection, and the diagnosis was disappointing: African plague pigs. The region has been quarantined.

Settlements of the Border District are distributed among picturesque mountain spurs densely forested and rich diverse wildlife. The village in which the outbreak occurred diseases, stands in the tract in the middle of the taiga.

Domestic pigs are traditionally located here on a free range and often in contact with wild boars, from which, obviously, infection has occurred. This is all the more possible since the plague situation pigs in neighboring China are extremely unfavorable, and for wild animals there are no borders. 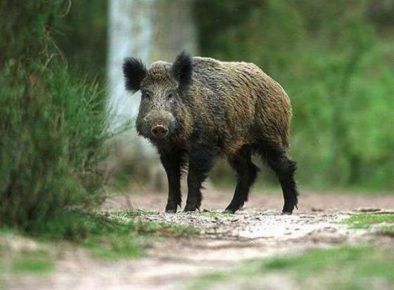 Such a Chinese “saboteur” could well infect domestic pigs

Now the operational commission of the Rosselkhoznadzor is working in the district, the purpose of which is to quickly and effectively eliminate the focus of the disease, so that it does not spread to other areas.