The hunting season is opening very soon. So that forest residents do not serious damage was done, people are trying to limit the amount dead animals.

In the Tomsk region, a summer-autumn hunt for bears opens which will last 4 months – from August 1 to November 30. Due with this, a limit was set on the shooting of clubfoot – 915 individuals. Data provided by Maxim Danilenko – representative of the Department hunting and fishing.

In the region there are more than 9,000 brown bears, which is considered an excess of the optimal amount about 1.5 times. Increase in numbers may to facilitate the migration of animals from the Krasnoyarsk Territory in connection with forest fires.

According to scientists, there are 200,000 brown bears on Earth, half of which live in Russia. 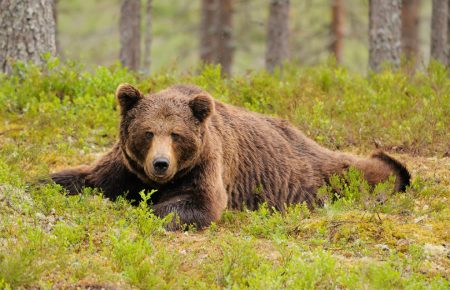