The fourteen-year-old horse named Colonel is the most popular personality in Tomsk, he even has his own page in Instagram For several years this stately handsome Orel breed the trotter was a living mascot of the Tom football club, but recently it cooperation has ceased.

Tomsk football players are saddened by the breakup: they are convinced that The colonel really brought them luck. Anyway, everything home games of Tomsk citizens began with a solemn circle of honor on the local stadium “Trud” under the white-green flag of the team. This ritual has become a beautiful tradition, it charged with victory energy before the game of football players and their fans. 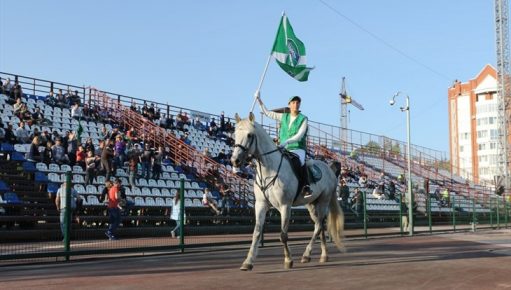 The Colonel will no longer work as a mascot of “Tomi” – in any case, while the club management will not return him large debts on salary. Mistress trotter Ekaterina Rykina does not intend to sue athletes and wants to maintain friendly relations with them, but non-observance of financial agreements considers offensive for himself, and for your pet.