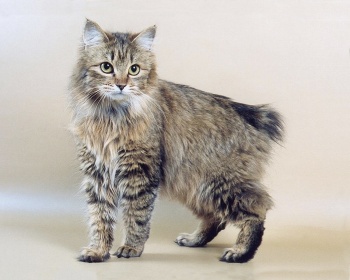 Kurilian Bobtail is a rather rare cat breed that comes from the Kuril Islands, as the name implies. There is a long-standing debate regarding the breed one or another nationality, since the Kuril Islands are controversial the territory between Japan and Russia. However, by default, Kurilian Bobtail is considered a Russian breed, and beyond Japan, and Russia, is not so common.

The breed is considered quite old, and is divided into Shorthair and Longhair. Kurilian Bobtail Shorthair was first recorded 200 years ago on Kuril Islands, and is considered the original breed, and long-haired appeared a little later, due to crosses.

These cats are found on the Russian Kamchatka Peninsula and Japanese island of Sakhalin. Traditionally, Japanese bobtail and Kuril distinguish, despite the geographical proximity and similarity of breeds. It is believed that smokers are aborigines who live in Russia and the Kuril Islands enough long.

The main external distinguishing feature of this breed is the very short tail – from 5 to 13 cm. The cat is quite large, has strong body with an inclination forward, proportionally developed paws, medium-length neck and wedge-shaped head with large eyes and ears medium sized.

This is a true friend who will never be bored. If you you live in a private house and the cat recognizes you as the owner, after hunting he will even share prey with you. His playfulness, mind and kind temperament will appeal to both adults and children. There is a mass color options, from plain to intricate, with fancy patterned.

In relation to the personality and behavior of the cat breed Kurilian Bobtail is truly unique. Many qualities obviously occurred in the process of natural selection in ancient times, and preserved to this day thanks to strong genes.

Judge for yourself – these cats are free to swim, fish, in including not inferior to them in size, and in general they can enjoy and play with water. Agree, this is quite common in cats. rarely. They like to hunt, spend time outdoors in the natural environment, have an independent, free and very inquisitive character. At the same time, in the family circle they are kind, very nice, show great love and affection, very attached to people.

Kurilian Bobtail rarely bored, active, different playful temper and, although appreciates members of his family, can quite find classes for yourself. These cats are smart, they like to watch happening around them, get along well with other animals and perceive children well. An ideal place to keep them – private house with a small (or large) garden.

Please note that the above hunting skills may regress if the cat lives in the apartment and has no contact with natural environment. In this case, if you take it with you to forest, for example – on a picnic with friends, do not expect your pet will show a master class in fishing and swimming, surprising friends and you yourself.

Kurilian Bobtail, possibly due to natural origin and persistent genes responsible for health is different endurance and practically not sick. Unlike other cats with non-standard body structure, the gene responsible for the short tail is not brings no negative nuances, and is not a reason the occurrence of certain diseases of the skeleton.

These cats have strong immunity, and by acquiring such a pet you it is unlikely that you will often visit the veterinarian. The only thing you can note – this is a great love for enjoying food. Respectively, the owner needs to control the amount of food so that the cat does not score excess weight. Since in this case the occurrence is already possible diseases associated with obesity.

Caring for a Kuril bobtail is easy enough, though, An exception can be considered long-haired individuals. On the other hand, even they need only more frequent combing of wool, and only. Moreover, their coat itself is not inclined to form lumps and get too tangled, so even long-haired individuals do not will become an eternal headache for you.

Shorthair can be combed out once a week or less, longhair – twice a week, or as needed. Teeth it is better to clean every day, especially if you live in a private house and your pet has a tendency to prey on rodents and birds, which, as we recall, this breed is very fond of. If not possible take care of your mouth every day, do it at least at least three times a week.

Ears and eyes are cleaned as necessary, but at least several times per week, claws should be trimmed once a week. Kuril Bobtail loves water, so swimming will not be a problem. 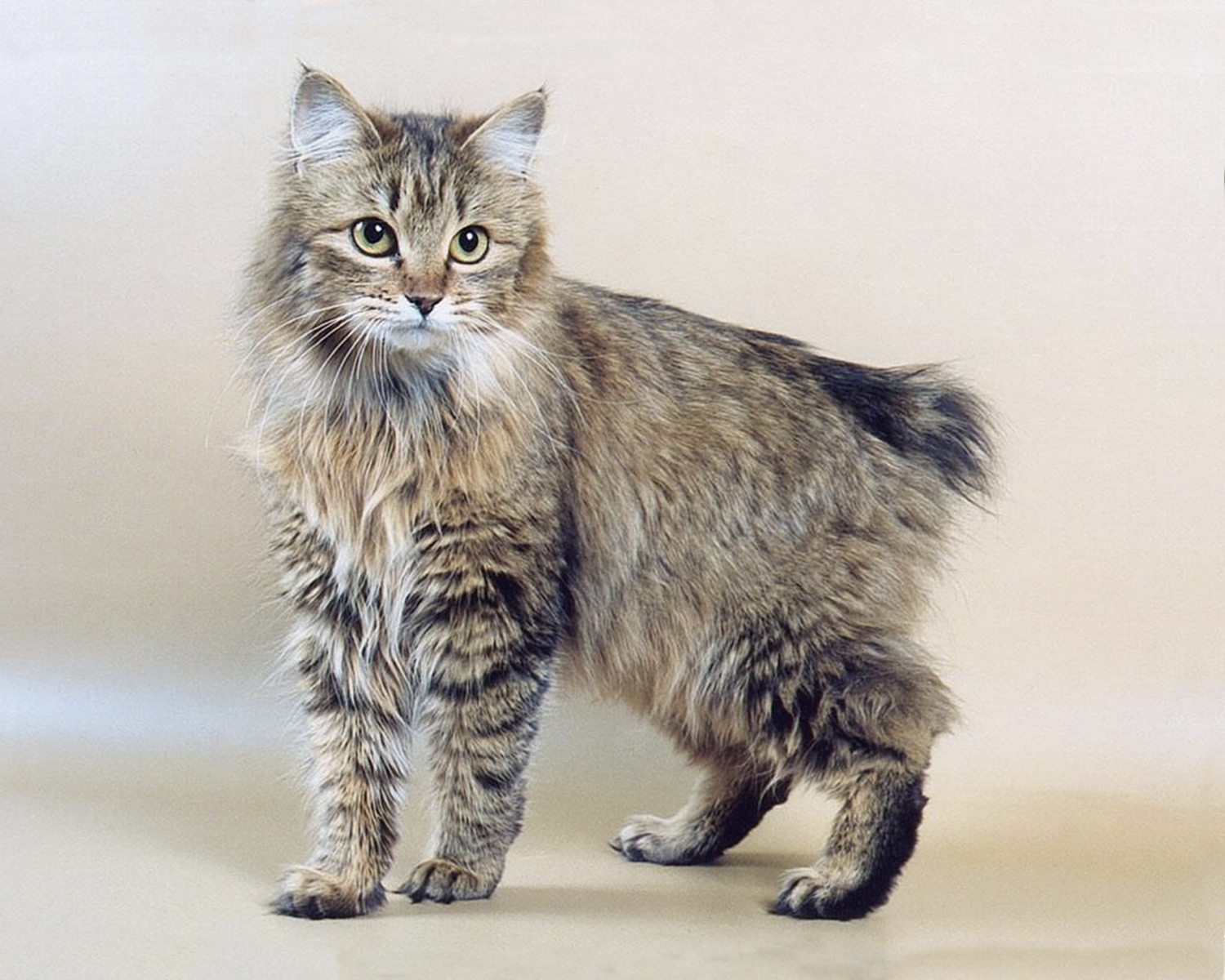 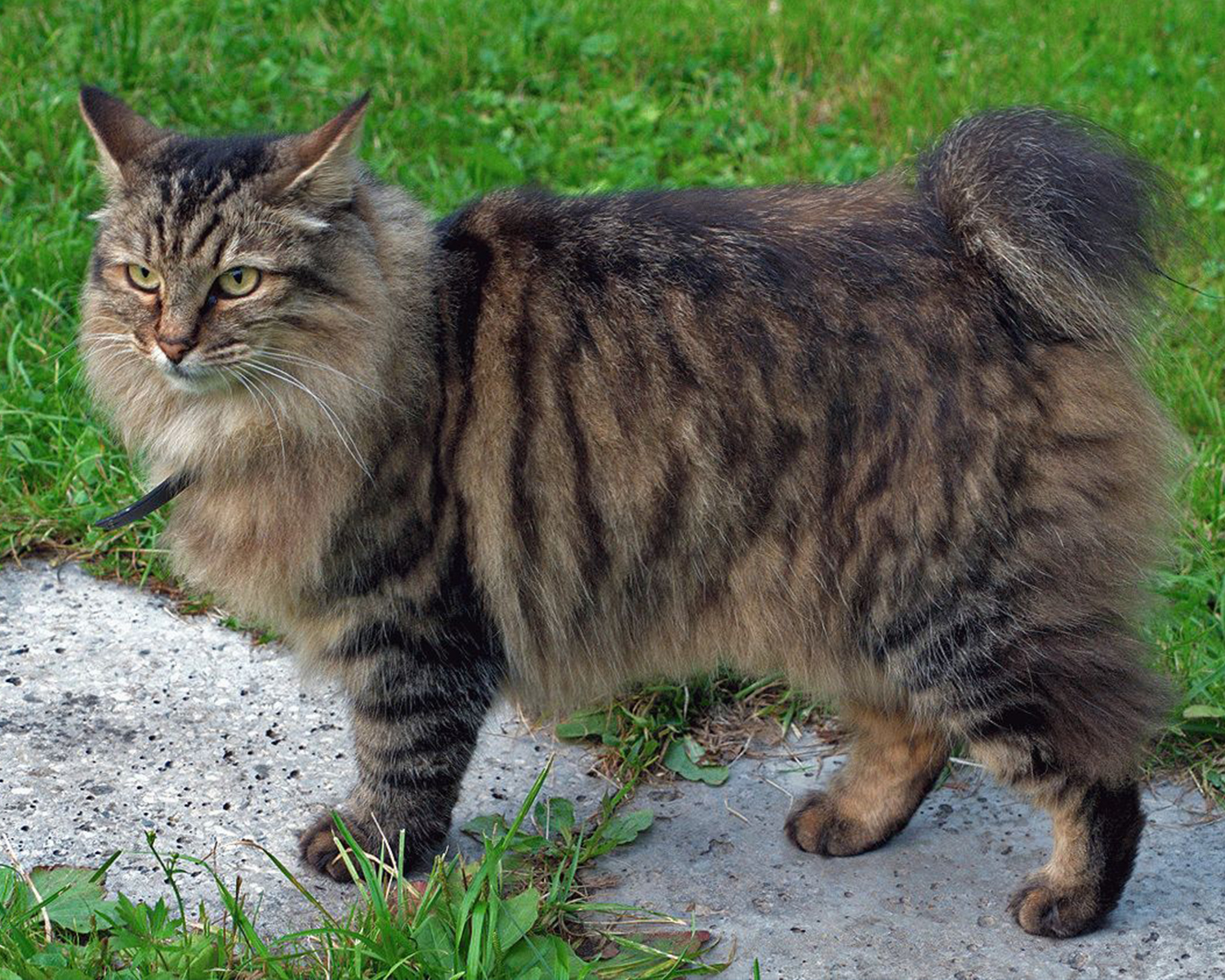 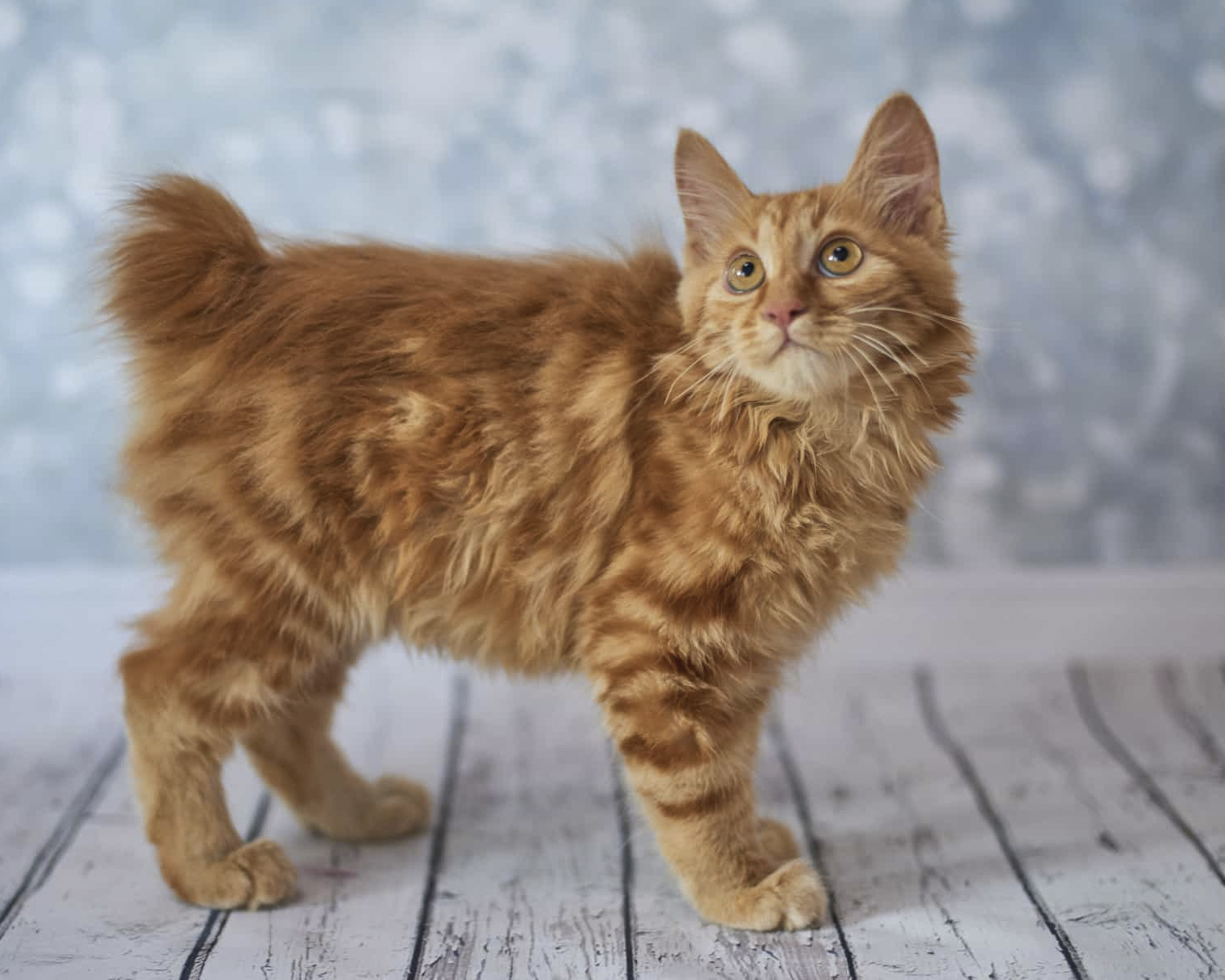 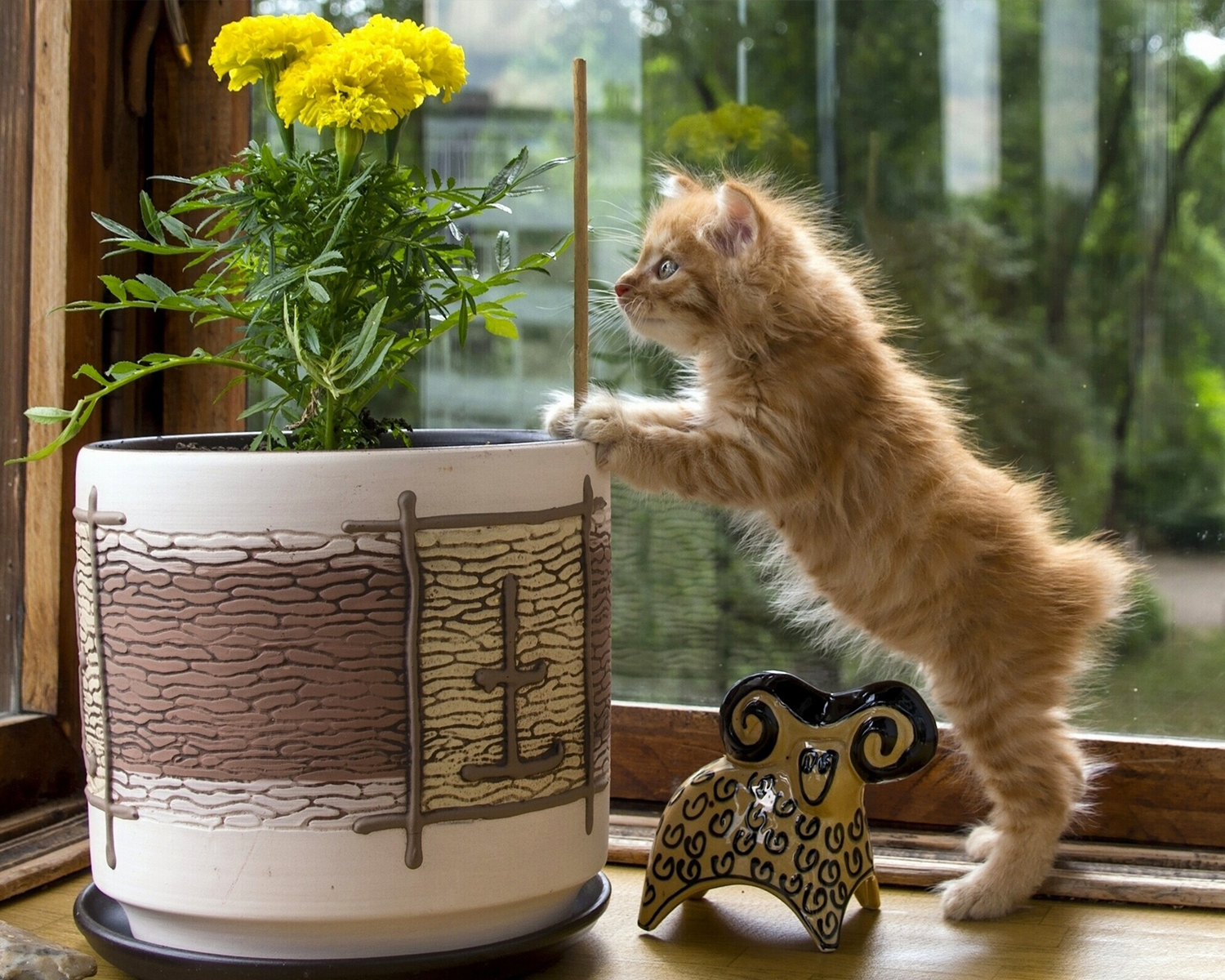 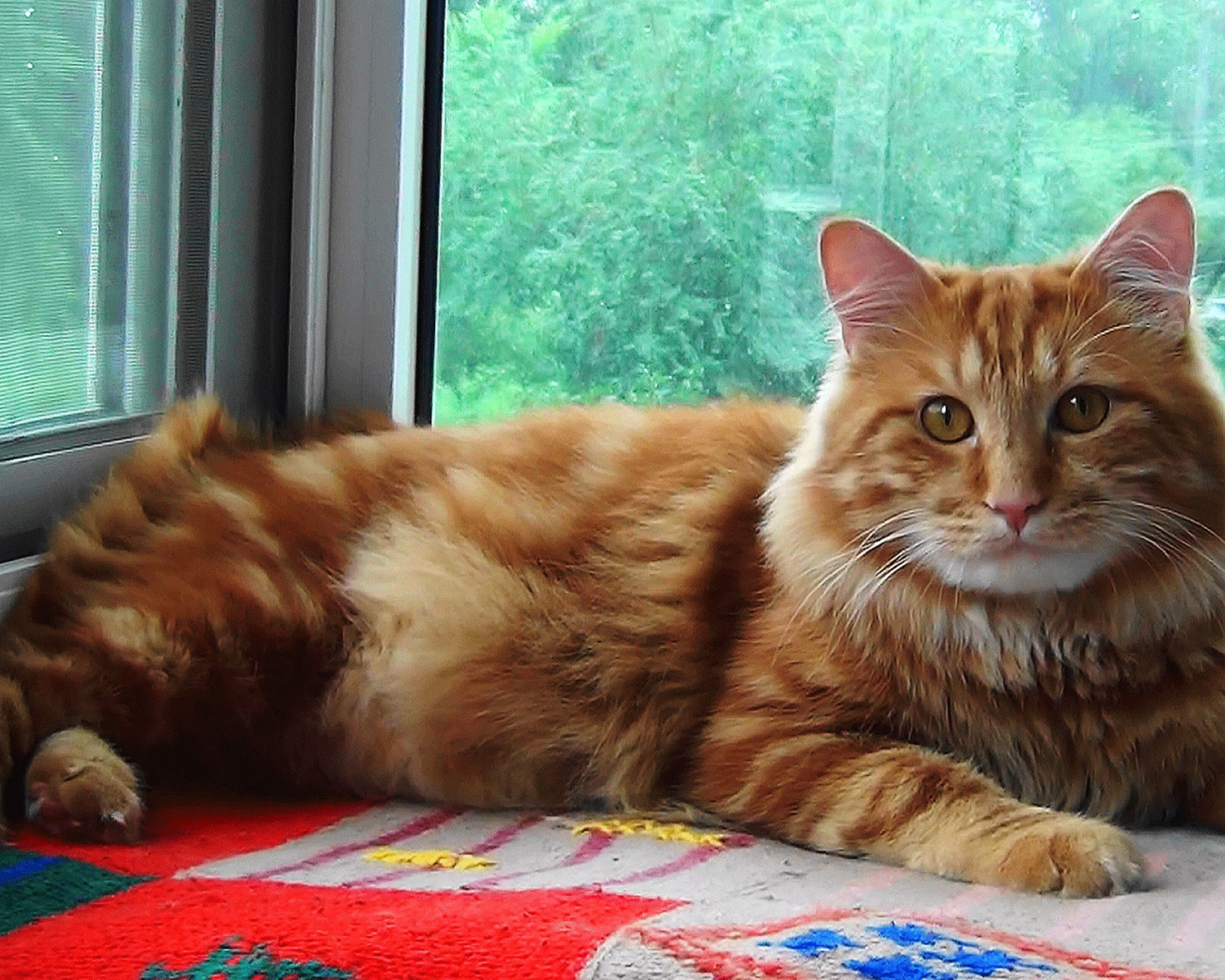 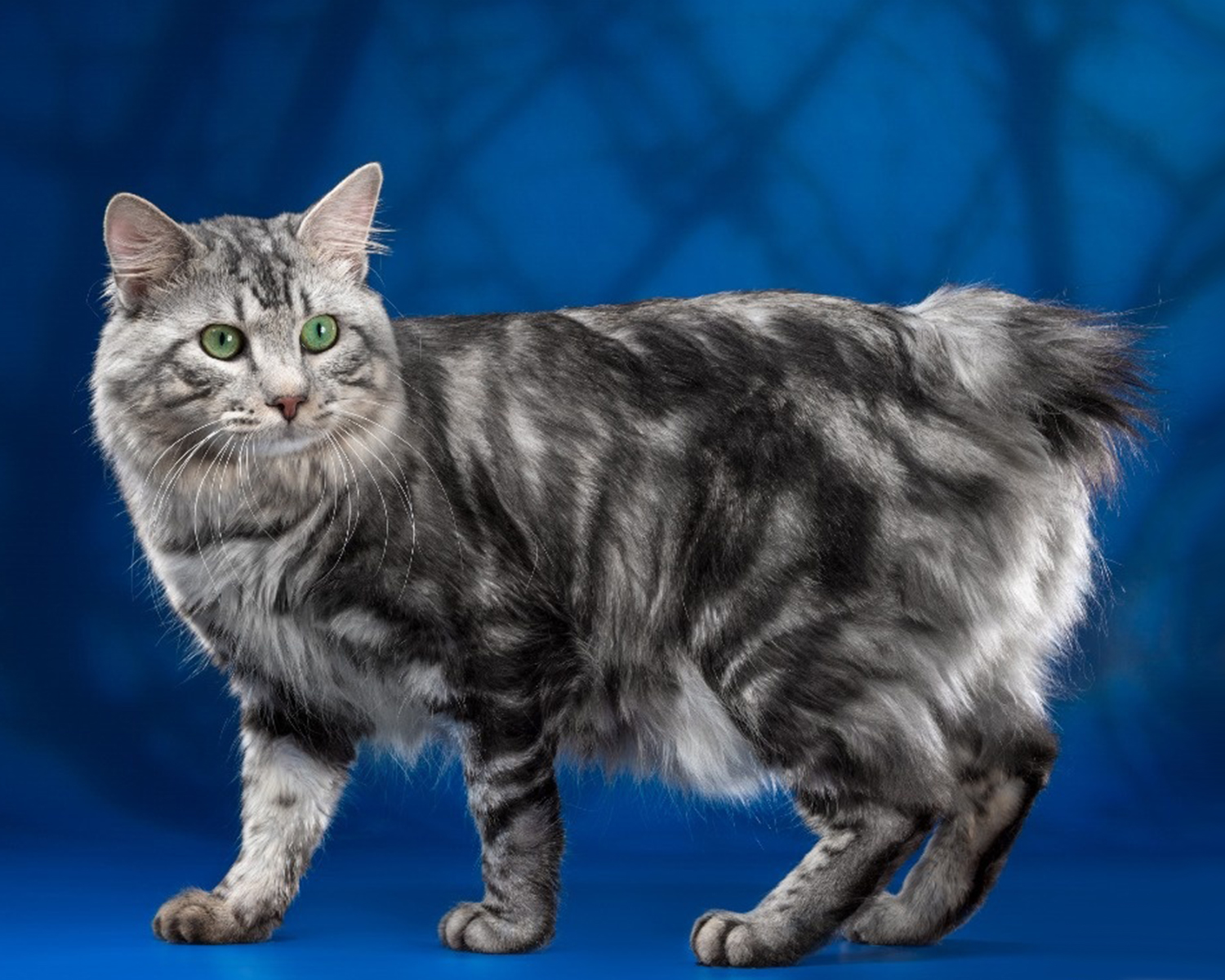