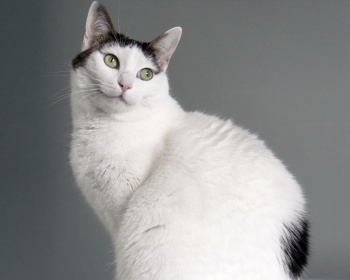 Japanese bobtail is a very ancient breed, which there are at least 1000 years. According to legend, these cats were Delivered from China as a Gift from the Chinese Emperor Japanese.

Another story says that the Japanese Bobtail cat was a companion Korean and Chinese merchants as early as the 6th century, guarding the contents holds (especially silkworms) from rats. So with Japanese merchants also valued these animals over time, and later rumors reached the emperor.

In fact, both legends do not contradict each other, and can exist simultaneously. Japanese traditions and folklore in general, contain a lot of references to short-tailed cats, also, three-colored bobtail depicted in engravings of the Edo period (1603-1867gg).

For many centuries, the Japanese Bobtail cat breed has been exclusively the prerogative of the imperial family and dignitaries officials. However, in the 15th century there was an urgent need for protection of grain and silkworm stores from rodents. After all, with growth industry and population growth, the number of rodents grew in geometric progression.

The emperor issued a special decree in which “mere mortals” also allowed to have these cats. Accordingly, they became fulfill an important function, protecting grain depots and valuable silkworms from rodents. A black-red color on a white background, was considered a symbol of good luck – they were called “Mi-Ke”, which is translated means “Three Furs.” In Japan, this is true today.

Three individuals were introduced to the United States in 1968, and by 1976 the Shorthair was recognized by the Association cat lovers. But the long-haired Japanese bobtail got CFA recognition only in 1993.

Japanese Bobtail are loving, incredibly loyal cats, that bloom in the family. They are very active, playful, beautiful. Feel with children and get along well with other household animals, although you need to train to have a second pet in the house gradually. However, one must be careful here – hunter instinct developed over hundreds of years, may encourage them to hunt for fish or hamsters.

Japanese Bobtail breed arose due to the natural evolution, and is one of the oldest. They have a muscular body they climb trees very well and are practically not afraid of water. The front and hind legs are approximately the same length, the ears are medium, the head is proportional, wedge-shaped. The tail is short, on average 5-7 see. These cats are distinguished by grace and harmony, despite muscular body and long legs, they do not look massive.

The Japanese Bobtail cat breed is playful and friendliness. These pets show their love and affection for each of members of their family, because historically it turned out that they for many hundreds of years they lived with people, taking advantage respect and kindness. It can be said that harmonious relations with people have genetically incorporated, because of which they are very become attached to their family, and will truly be sad if you will go on vacation and will not take your pet with you.

The sharp and flexible mind of Japanese bobtail can sometimes unexpectedly surprise – they easily open doors, turn door pens and even latches, and sometimes it’s not even clear what way. Their playful disposition and great love for their family appear literally in everything, including in their Talkativeness. They also love children and enjoy playing with them, but you need to make sure that the children do not twist the tail and not too squeezed an animal.

These cats do not really like to be alone, and if any of the owners is at home, with a probability of 99%, the bobtail will spend time together with a person. On the other hand, when you go to work, the cat will not be uncomfortable, as he knows that you come back.

They sometimes remember seemingly inconsequential, everyday moments. For example, it is worth feeding the cat at night and it will wake you for this constantly. Therefore, one must be careful with what teach Japanese bobtail. They also have a deep instinct. hunter, because for hundreds of years they hunted rodents helping to people.

Japanese bobtail are generally healthy, and the recessive gene, which is responsible for the short tail, is not associated with any abnormalities of the spine or bone, unlike some others rocks having a non-standard body structure.

Japanese bobtail does not have a thick undercoat, moreover, it applies to both long-haired and short-haired individuals. Accordingly, a weekly combing is sufficient to remove dead hair. The structure of these animals is not prone to form lumps, which simplifies care. Note that and Longhair, and Shorthair bobtail molt.

Teeth should be brushed three times a week, or better – everyday. Ears need to be cleaned at least once a week, and monitor clean tray. The hair of these cats is resistant to getting wet, because bathing once every two weeks is enough. 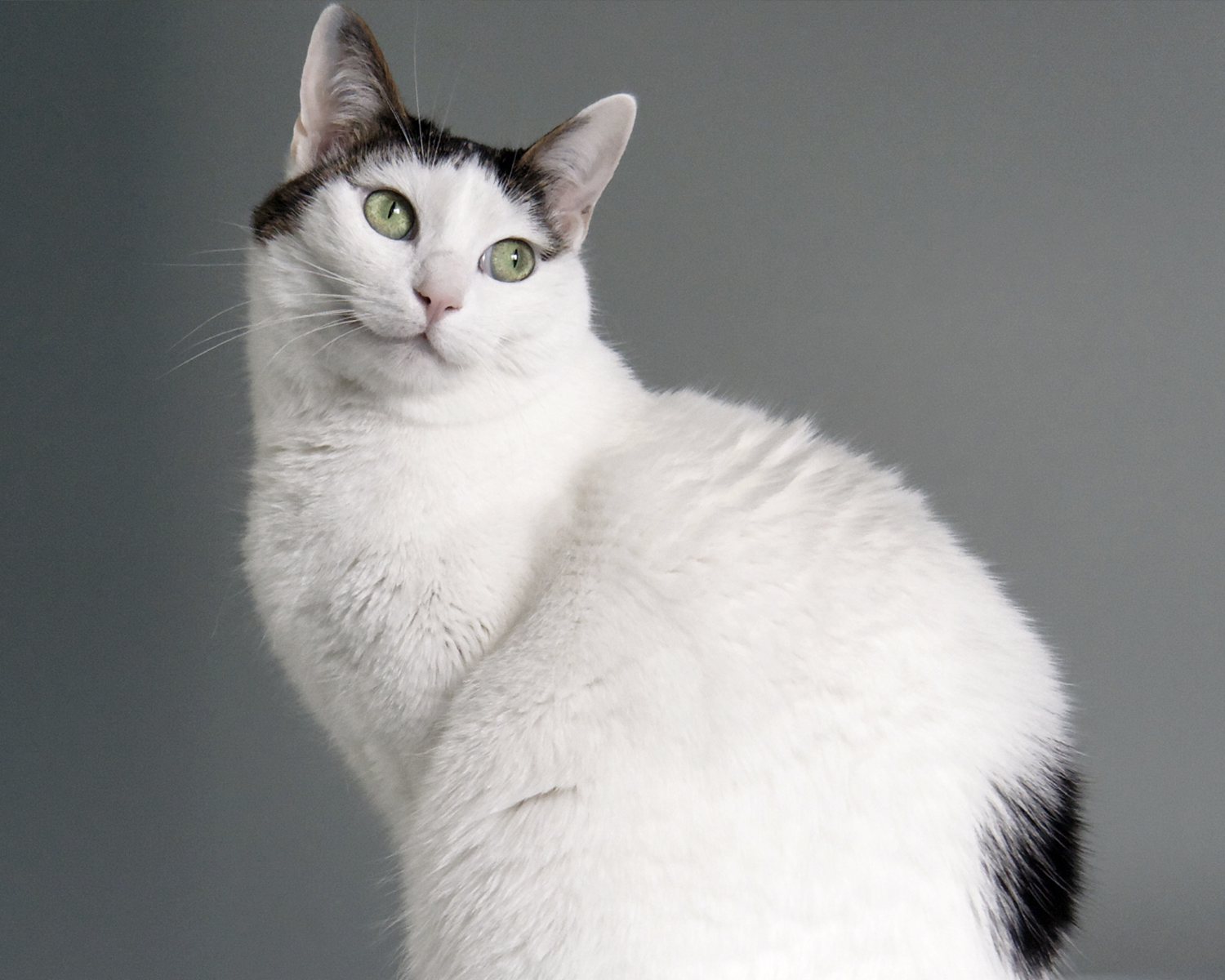 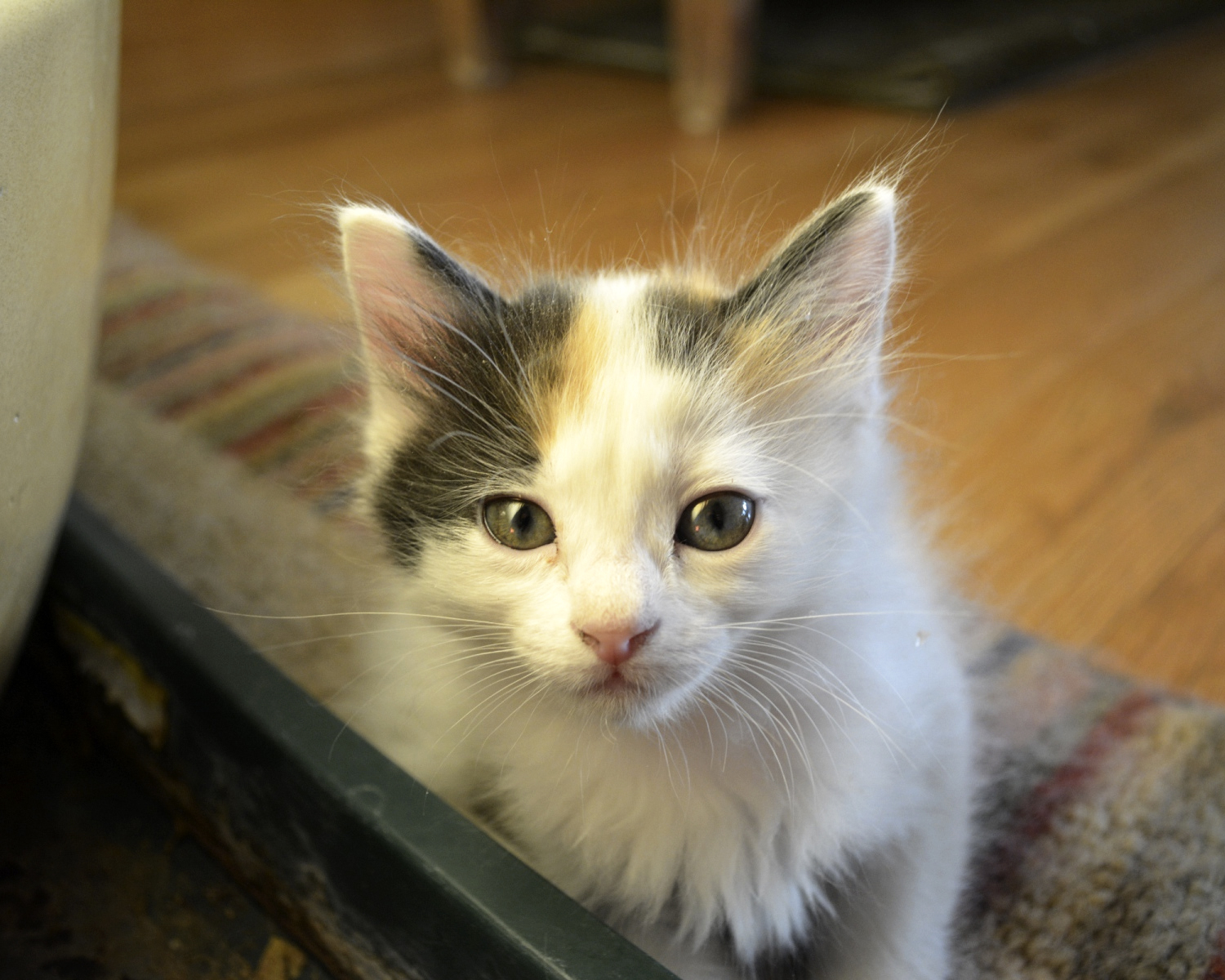 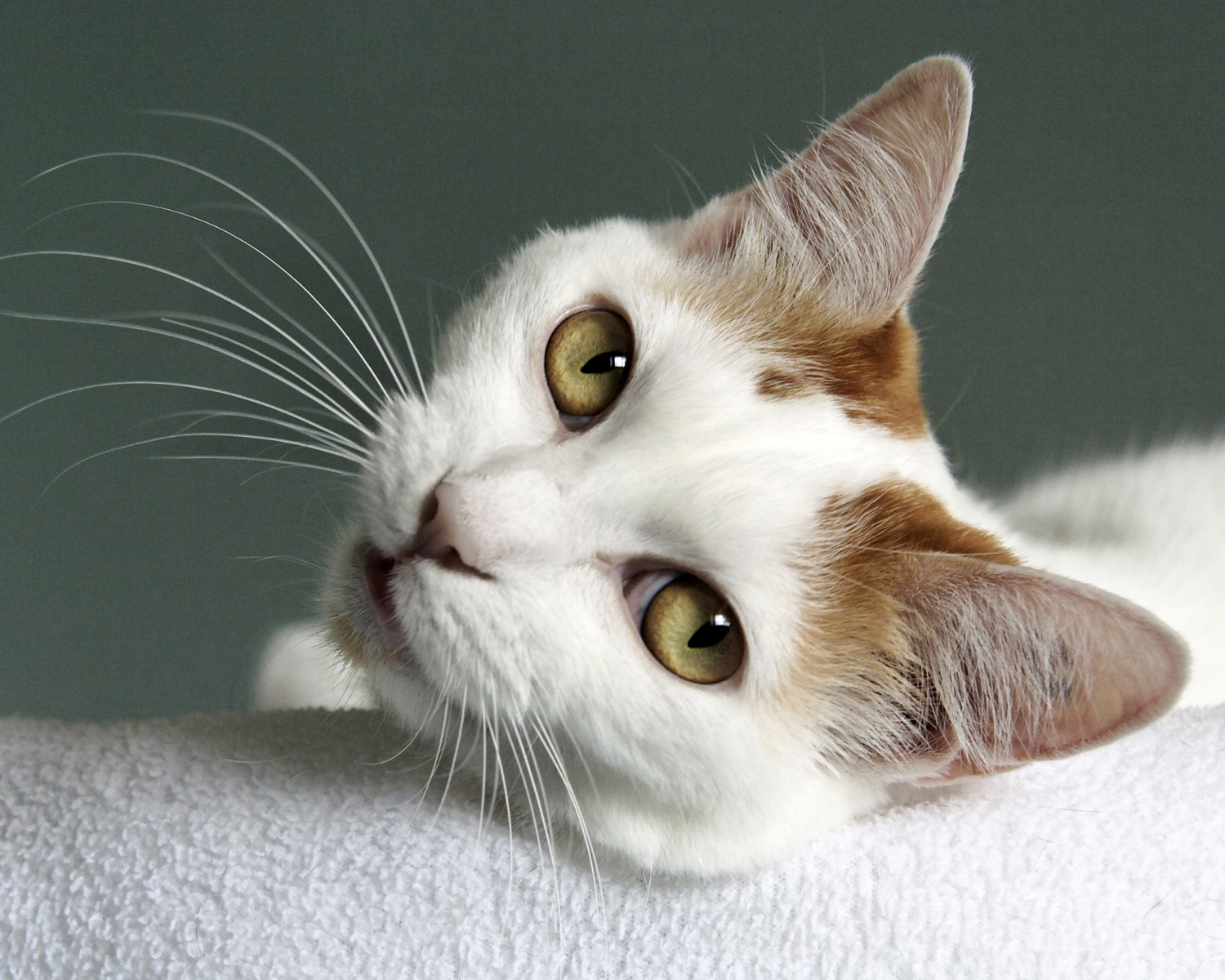 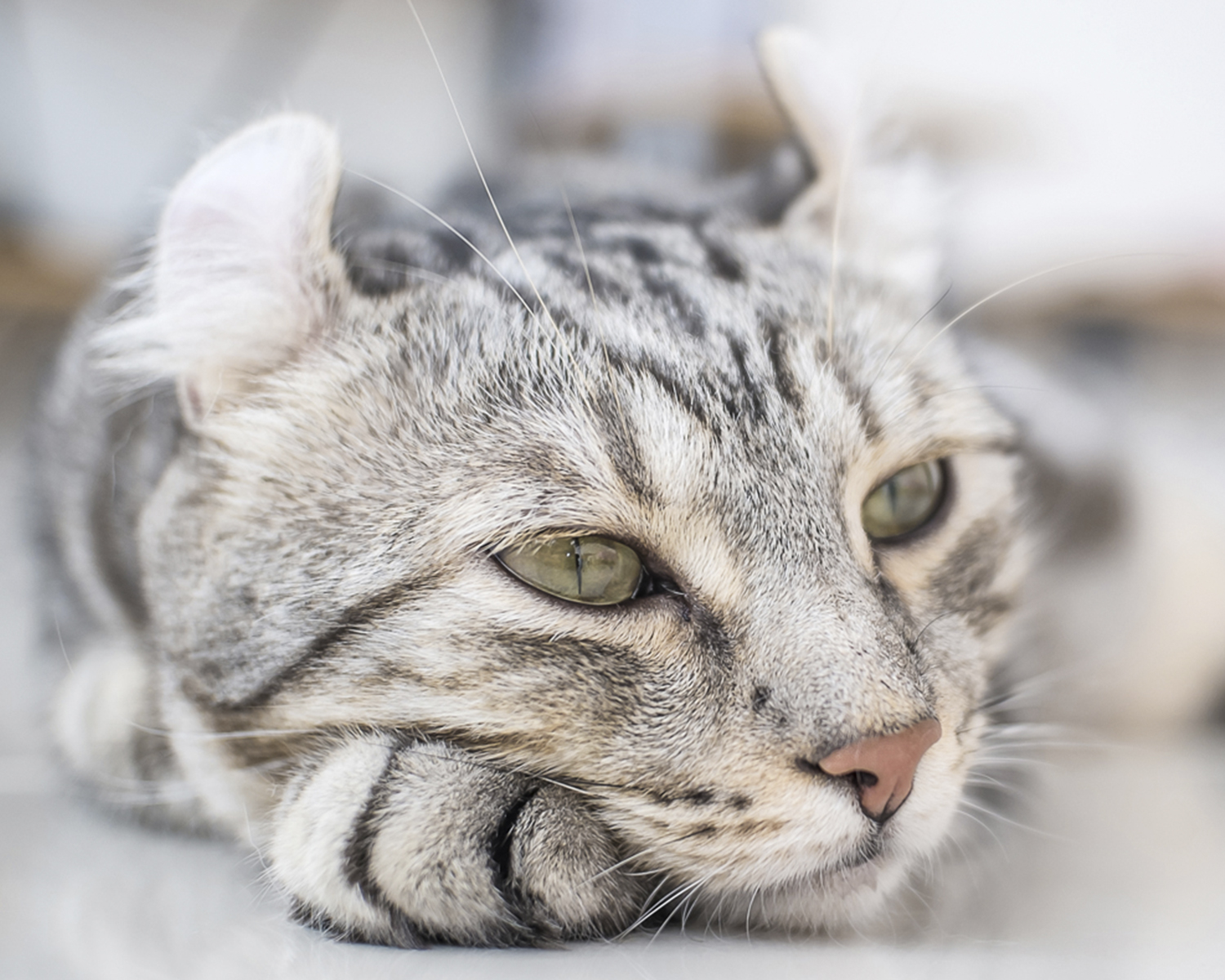