Scientists have discovered the remains of a creature most likely being the oldest ancestor of modern arachnids, which include not only spiders, but also ticks and scorpions. News about it published in the journal Nature.

The find was made in the Rockies, Canada. At the rate Researchers her age is huge – about half a billion years. The ancient animal was 8-10 centimeters in size and had many limbs, including long walking legs. Most likely, the ancestor of the spiders was a predator, like most of its descendants. But he lived, unlike many modern arachnids, under water. 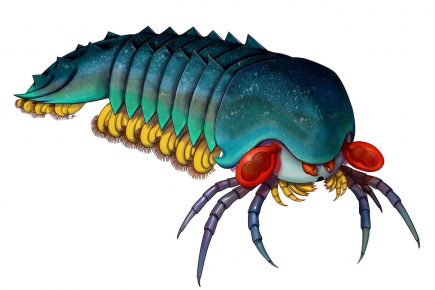