The flood in the Khabarovsk Territory continues, but many local residents are in no hurry to evacuate: they are afraid of looters and do not want abandon domestic animals to their fate.

Cupid is restless, he has already thoroughly flooded villages and country villages on three islands in the Khabarovsk region. To local residents in some places you have to wade knee-deep in the water, but on the islands about sixty people remain. One of them, Sergey Bulanov, says: he and his pets will not be lost – cooked everything necessary to wait out the invasion of the elements. The man has two goats and goats, cats – he has no idea how to leave pets without a master. 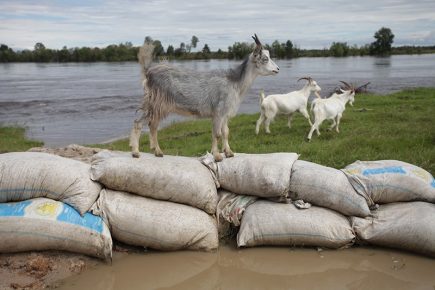 Forecasters predict the fourth wave of flood, the peak of which will fall on August 19th.