Recklessly tying a thoroughbred horse near the stable, a resident Belorechensky district, in the Kuban, went about his business. Soon he returned, but did not find his Arabian horse in place.

The police managed to quickly understand the situation: soon was repeatedly detained convicted citizen, who at that time was dead drunk. When a 59-year-old man was able to testify, then admitted to the deed.

The day was hot, and it was difficult for a drunk citizen to go. When he saw the horse, he decided to drive it to the house, but that for some reason, I didn’t like this idea too much. After several unsuccessful riding attempts the drunkard threw his horse on on the side of the road and, as he could, went on foot. The freedom-loving horse was returned to the owner. 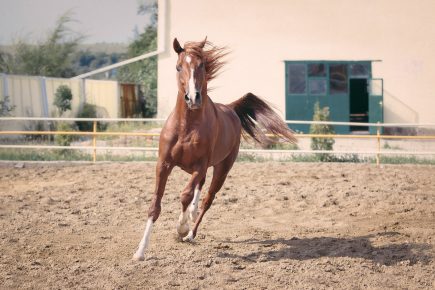