Maintaining the correct temperature in the aquarium is very important. for the lives of its inhabitants. Almost all types of fish and plants sensitive to overheating. Therefore the need to lower water temperature is relevant for all aquarists.

The temperature of the water in the aquarium quickly comes in line with ambient temperature. Especially often with such a problem aquarists collide in the summer and during the heating season. Meanwhile, this factor is unfavorable for many fish species:

How many degrees should there be water

The optimum water temperature for fish is 22–26 ° C. Its gradual increase to 29 ° C is allowed. For different types of fish the norm may be other indicators thermometer:

When overheated, the fish become sluggish, often float to swallow air, and generally move to the upper layers of water in reservoir. The temperature is measured with a water thermometer in middle layer of water (in the upper it can be cooler, in the lower – warmer).

How to cool aquarium water

There are several ways to cool the water in an aquarium. The choice any = of them is determined by the capabilities of the aquarist and tank volume.

Control station – a device that controls all functions of equipment in the aquarium, analyzing them options. You can add the necessary indicators, including the temperature of the water that will be maintained up to date regardless of change environmental conditions.

Such a device is quite expensive (the simplest models are from 70 thousand rubles), so it’s worth deciding whether it will be appropriate use in each case. 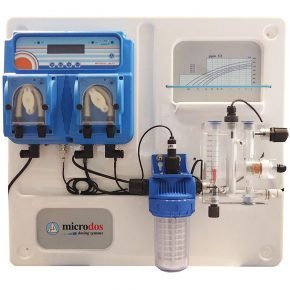 Chiller is a water cooling unit. He automatically maintains the set temperature and practically does not make noise. The relatively high price of the device (about 30 thousand rubles) makes you think about its necessity. Rather, it will do. owners of large aquariums with a variety of fish and plants. 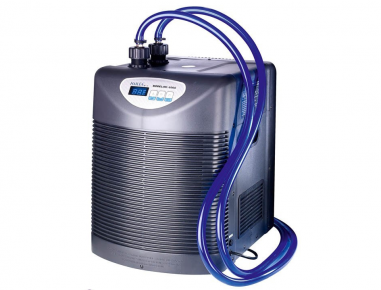 By the principle of operation, chillers for aquarium water are similar to refrigerators and air conditioners, where there is chilled gas, taking heat and getting into the radiator, it cools down under the influence of fans

The cooler for the aquarium is a fan. Cooling water is due to its evaporation. Also pumped air causes water to vibrate, which accelerates gas exchange in it. Industrial coolers are inexpensive (from 500 rubles), but this you can make the device yourself from the small fan, or install a large room so that air fell into the water. 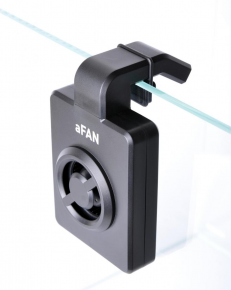 Fans expel air under the lid of the aquarium, thereby enhancing evaporation and cooling water

Due to the active evaporation of water, humidity in room. In addition, it will need to be regularly added to aquarium.

DIY water cooling in the aquarium

Without expensive appliances, you can also cool the water in the aquarium. This is not at all difficult to do.

The easiest way to cool water in an aquarium is to remove it from it. cover. The evaporation surface will increase, it will occur more intense. This method will help with a slight increase. temperature and reduce it by no more than 1-2 degrees.

If there are fish in the aquarium that can jump out of it, just cover the surface with a layer of gauze, tightening the edges of the fabric drawstring around the tank.

Turn off the light

Some aquariums are highlighted for beauty or creation. more comfortable conditions for the inhabitants. Overheating The first thing to do is to remove the backlight. Temperature drop a couple of degrees, but due to lack of light may plants suffer, so it’s better to alternate this method with to others.

Put a plastic bottle with ice

An easy way to cool water is to add ice to it. For this two plastic bottles are filled with water and frozen. Then they are placed in the aquarium on its different sides to cool occurred evenly.

When using the method you need to constantly monitor the temperature water so that it does not drop to critical marks for the inhabitants. When the ice in the bottles melts, they need to be replaced.

Put ice in the internal filter

Remove all of it from the internal aquarium filter contents and fill this space with ice. By cons of this cooling can be attributed to unevenness and the risk is greatly reduced temperature.

When water is heated, it becomes less oxygen. In nature its level is restored naturally. When blowing wind and picks up a wave in a pond, gas exchange is faster. AT Aquarium waves you can do yourself. For this, the internal filter attached closer to the edge of the water, it will create a flow. This method will help to slightly cool the water, but it will contribute to its saturation with oxygen. 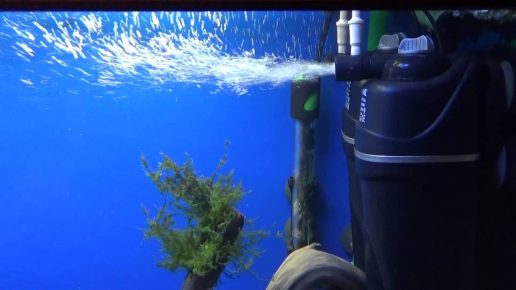 There are other simple ways to cool the water in an aquarium:

Some recommend a way to cool the aquarium with elements. Peltier, but you can’t call him simple. First you need to assemble yourself device, but without special knowledge this will not work (at least not every woman will figure out what’s what). Usage Reviews the resulting design is not very inspirational: too powerful and noisy device. In addition, 2 coolers will come out cheaper than all accessories for homemade.

Video: ways to reduce the temperature of the water in the aquarium

There are a lot of ways to cool the water in the aquarium. Can use one of the proposed ones or combine several. For for small aquariums, low-cost methods are suitable, whereas for large, most likely have to use expensive cooling systems.