Central Asian tortoise Tommy is considered the oldest on pet today. She lives in England and celebrated her 121st birthday.

Sheila Floris, the mistress of Tommy, is now 62 years old, and she is all her life took care of this turtle, getting it at the age of five from grandma. An old photograph of the 70s, where young Sheila is captured with her pets – of which she remained in only Tommy alive. 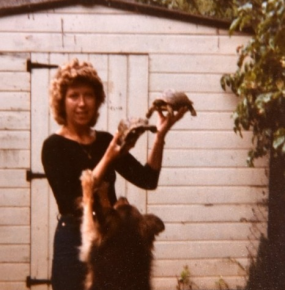 By the way, the male name was given to the tortoise-girl by mistake – they accepted her for the boy, and then they did not begin to change.

Tommy spends the rest of the summer in the garden and enjoys dandelions, which grow under the fence. The mistress believes that it is the dandelion diet is the main secret of her longevity darlings. And the fact that the turtle sleeps a lot in a hurry and takes nothing to heart. 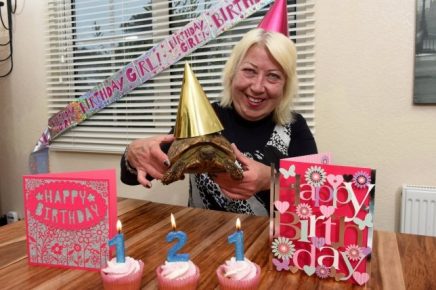