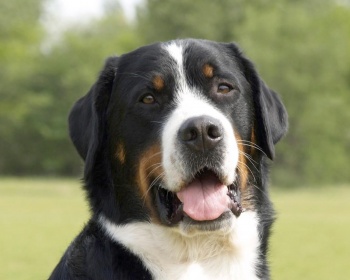 As you know, now in Switzerland there are four breeds of dogs, which are considered local property. And one of the oldest and popular is the great Swiss mountain dog. They remind the Appenzeller Sennenhund breed, but still have certain differences.

It is believed that they were brought by Roman legionnaires during the time of Octavian Augustus (3rd century AD), or rather, not themselves, but their ancestors, from whom and there were modern Swiss dog breeds. Their warlike the ancestors were reminiscent of the present mastiffs, were large, fearless, and completely loyal to their masters. Among the local population they gained great popularity due to their strength and versatility, but also due to endurance and intelligence.

Locals used these dogs for a variety of purposes – as guards for livestock, as guards for home, as hunting companion, and even as a draft animal. And everywhere they are proved to be the best, though, right up to the present day their used as shepherd dogs, and sometimes harnessed to the garden trolley.

Until 1908 they were not considered a separate breed, however, dog breeder and researcher Albert Heim being an honorary member Swiss Kennel Club, once on an anniversary evening saw two large dogs, which the owner called shorthair Bernese mountain dogs.

Despite the unusual name, Albert understood that these dogs belong to the Sennenhund family, although they have several peculiar appearance. He began to engage in their popularization, breeding and assigning the status of a separate dog breed. Literally a year later, in 1909, included in the Swiss studbook new breed – the big Swiss mountain dog.

Swiss mountain dog character is balanced, different friendliness and openness. You can say it’s big and strong the good man who loves children. But do not flatter yourself – if you it comes to mind to offend a child from the family of this big and strong dogs, or to offend its owner, you will have a hard time. Per the big Swiss mountain dog will give his family his life, if necessary, since the defender’s instincts in this breed are extremely strong, and have roots going back centuries.

They are very fond of various types of activity, walking, training, games, and flourish in the company of loved ones when they feel that occupy an important place in the life of their family. These dogs need to know that they need them, they cannot just be useless spend days lying on a soft pillow near a bowl of food.

Ideal place to keep a large Swiss – private home with own courtyard. Although the breed is highly active, all it’s a large dog, which also likes to spend time on street – that’s it. On the other hand, they are by no means cannot be called hyperactive – rather, periods of activity and rest alternate with each other, due to which the dog is harmonious and full character.

Strangers are taken with caution, but if they see location of the hosts, act accordingly. Love to play with other dogs, cats perceive normally if you are accustomed to their presence from an early age. Swiss mountain dog perfectly suitable as a guard dog, as enough territorial and has a suitable disposition. In addition, instincts and mind.

In any case, the Swiss Mountain Dog is wonderful companion for all, small to large. He has a developed mind, and therefore it lends itself well to training and even needs it, since it will make his life more interesting and provide food for intelligence.

Swiss mountain dog requires training and training, including and because this dog feels an inner need for self-development and training. Such training should take place. regularly, with constancy, and the process of maturation of the individual makes from 2 to 3 years. That means you will have enough time, to shape the dog’s character in the right way.

If you try with pressure, force and rude dominance is simply to break the animal’s identity, firstly, it can lead to disastrous consequences, and secondly, it will it’s simply hard to do because of the nature of the breed. Therefore, you better be patient, and gradually, guided by kindness, to occupy an authoritative position in the minds of animals the leader.

Sennenhund breed needs both behavior correction and team training. Developed intelligence allows you to master well both simple, basic, and complex teams with a large number distractions. Of course, you need to start with a simple one, moving on to more difficult as your pet grows older.

Greater Swiss Mountain Dog needs regular combing the hair, about once a week, bathe the animal should also be once a week. Be sure to keep it clean. ears and eyes, checking them after walking, and don’t forget to trim claws. The Swiss Mountain Dog has an excellent appetite, and maybe eat almost anything. But better take care that the animal had the highest quality and proper food.

It is believed that this breed is quite strong health for its size – many other large dogs have a lot more problems. Among the diseases that subject to Swiss Mountain Dog, are: 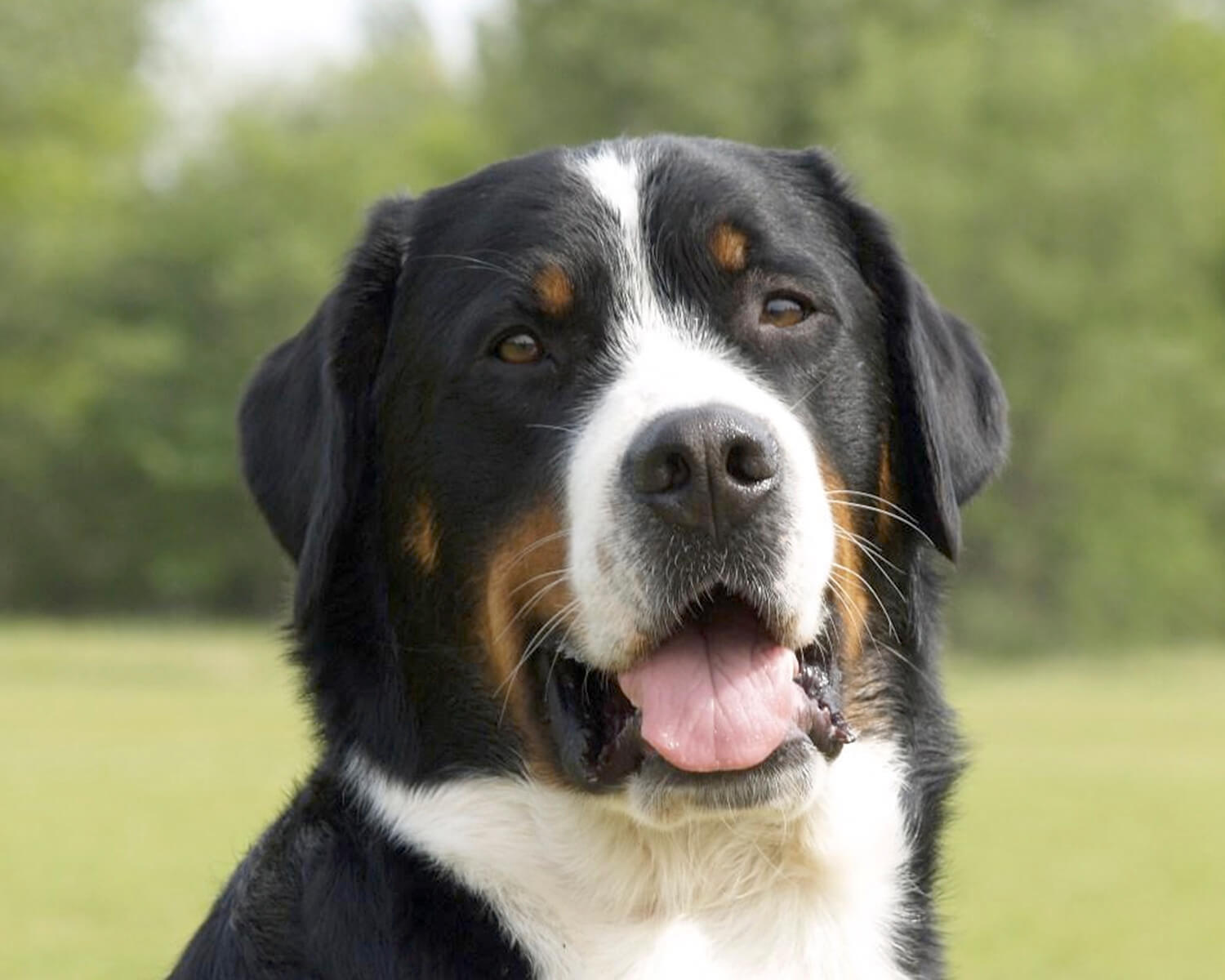 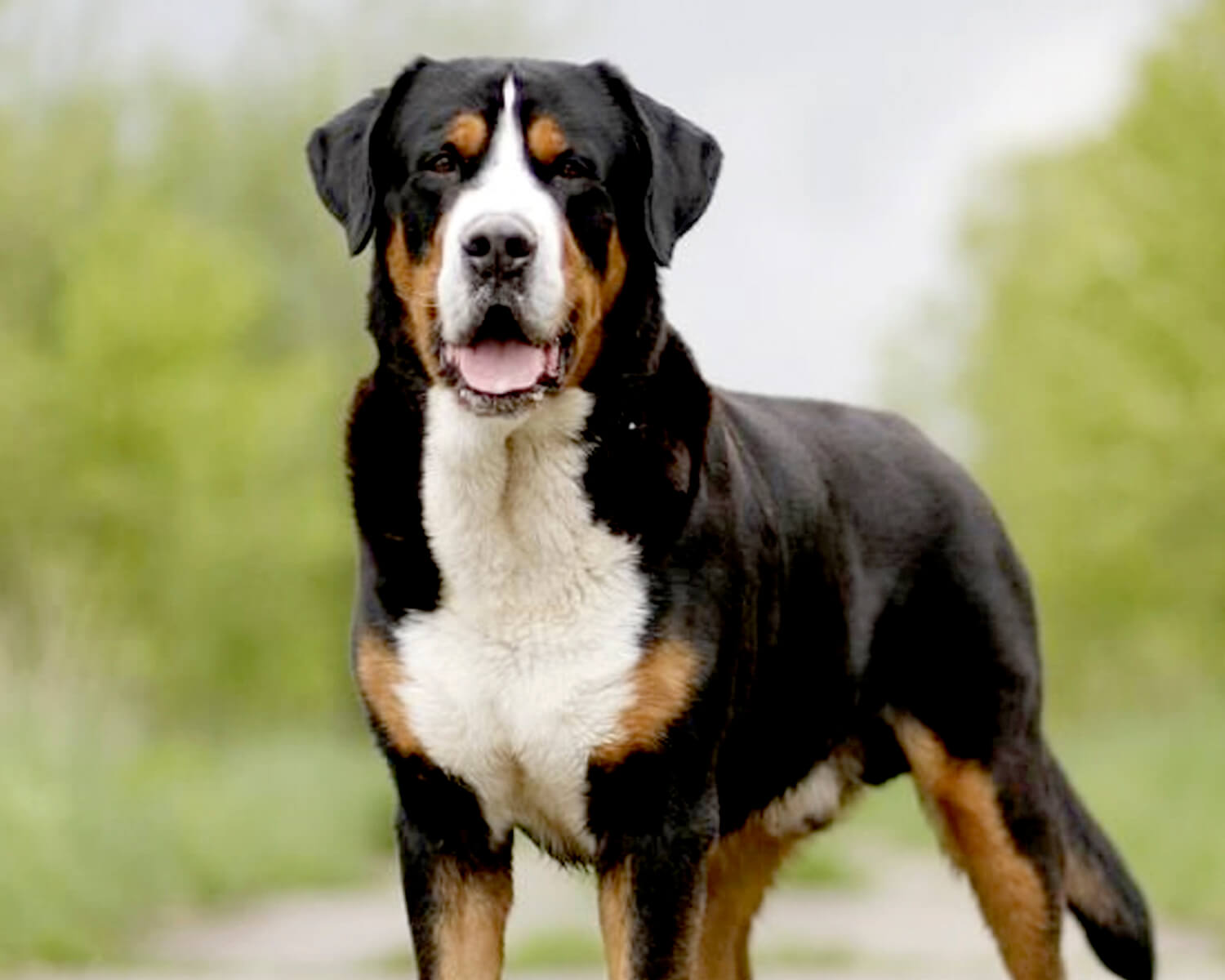 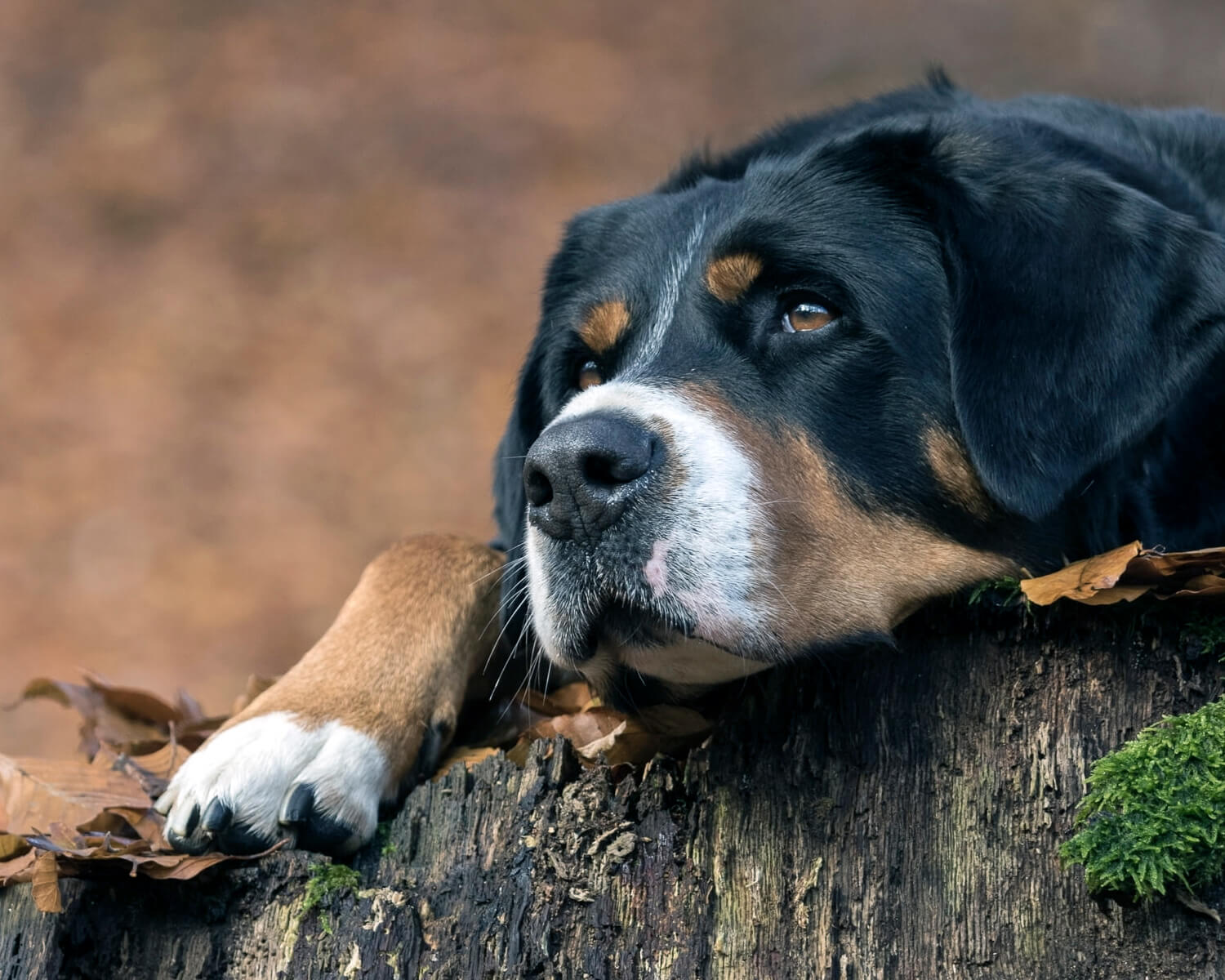