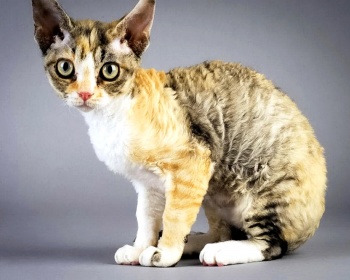 The German Rex cat breed has a fairly long history, which began in the 1930s. Few people know, but this is the first breed curly-haired cats. German farmer Erna Schneider at modern Kaliningrad (once this city belonged to Germany and was called differently – Koenigsberg) was a cat that brought kittens.

Among these kittens there were two with unusual curly hair, boy and girl. The boy was neutered rather early, but girl spread the curly wool gene widely until she died approximately in the early to mid 40s. Her name was Kater Munk. She, allegedly descended from mating Angora cat and Russian blue cats.

Despite the fact that Cater Munk, in fact, has become the progenitor of the German Rex breed, many modern For some reason, researchers and specialists do not recognize it as such. Per they take the starting point 1951 when at the hospital in Berlin-Buch one of the districts of Berlin, Pankov, doctor Rose Scheuer-Karpin saw in the yard is a cat with curly hair. The cleaning lady said she sees This pet has been regular since 1947.

The doctor took the animal to her home and called her Lammhen, which translated means lamb. Subsequently, this cat gave several offspring, many of which were sold abroad. Kittens descended from her, subsequently crossed with Cornish Rex, European Shorthair and other mixed breeds. CFA (Association of Cat Lovers) associates this breed with Cornish Rex, and TIFF (International Cat Foundation) recognizes German Rex as separate breed.

German Rex – a cat that is recommended to be brought in if in the family have a child. They are kind, sociable, and patient, and they have amazing, very pleasant to the touch coat. This breed includes to European, and in her genes there is a love of hunting, pursuit mining and understanding of terrain orientation. Although, in different individuals it manifests itself in different ways.

A German Rex cat can have almost any color, has a medium size and developed chest. Paws slender and long, muscular physique, but not overweight, wedge-shaped muzzle, medium-sized ears. These cats live in an average of 15-17 years.

German Rex cat breed is very friendly. character, and great affection for his family and master. The pet will always be happy to sleep with you in bed, sit on your lap, however, at the same time, he is active and playful – its for sure can not be called a phlegmatic. Love for various kinds of activity, quick wit and curiosity, as well as a developed mind, make of these cats are really interesting friends.

German Rex has a high tolerance, which is very important when communicating with children. Their soft and loving nature, combined with playfulness already mentioned, will allow your child to find in the face This cat is a regular participant in children’s fun.

German Rex treats other pets well, and always ready to make friends. Of course, only if it’s not a hamster, a mouse or a parrot – in this case, the cat is likely to see in them prey. They normally perceive all people, including unfamiliar, simply due to the internal arrangement. Course members families always come first – these people, the cat will give maximum your attention, love and affection.

The German Rex cat breed is notable for excellent health. has any genetic abnormalities or diseases.

These cats need a weekly brushing, teeth are better cleaned every day, but you can do it three times a week. Be sure to clean your eyes of deposits every day, ears can clean once or twice a week. Bathe these pets about once per 2-3 months, cut the claws once every 10 days. The breed is afraid of the cold and it is very cold, so it is important to monitor the comfortable temperature in the house. Also, German Rex cat is prone to obesity. Be sure to control the amount of food consumed by your pet. 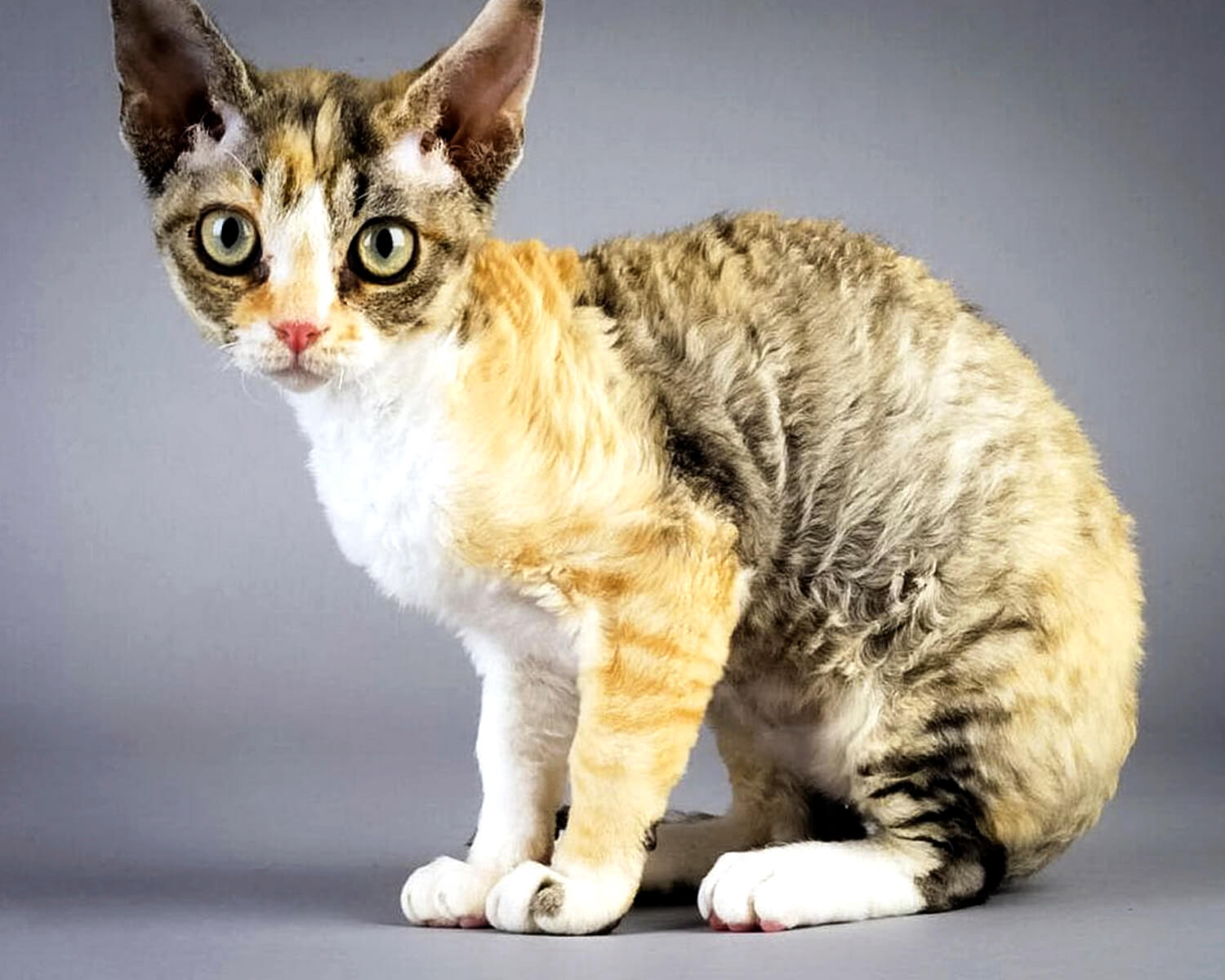 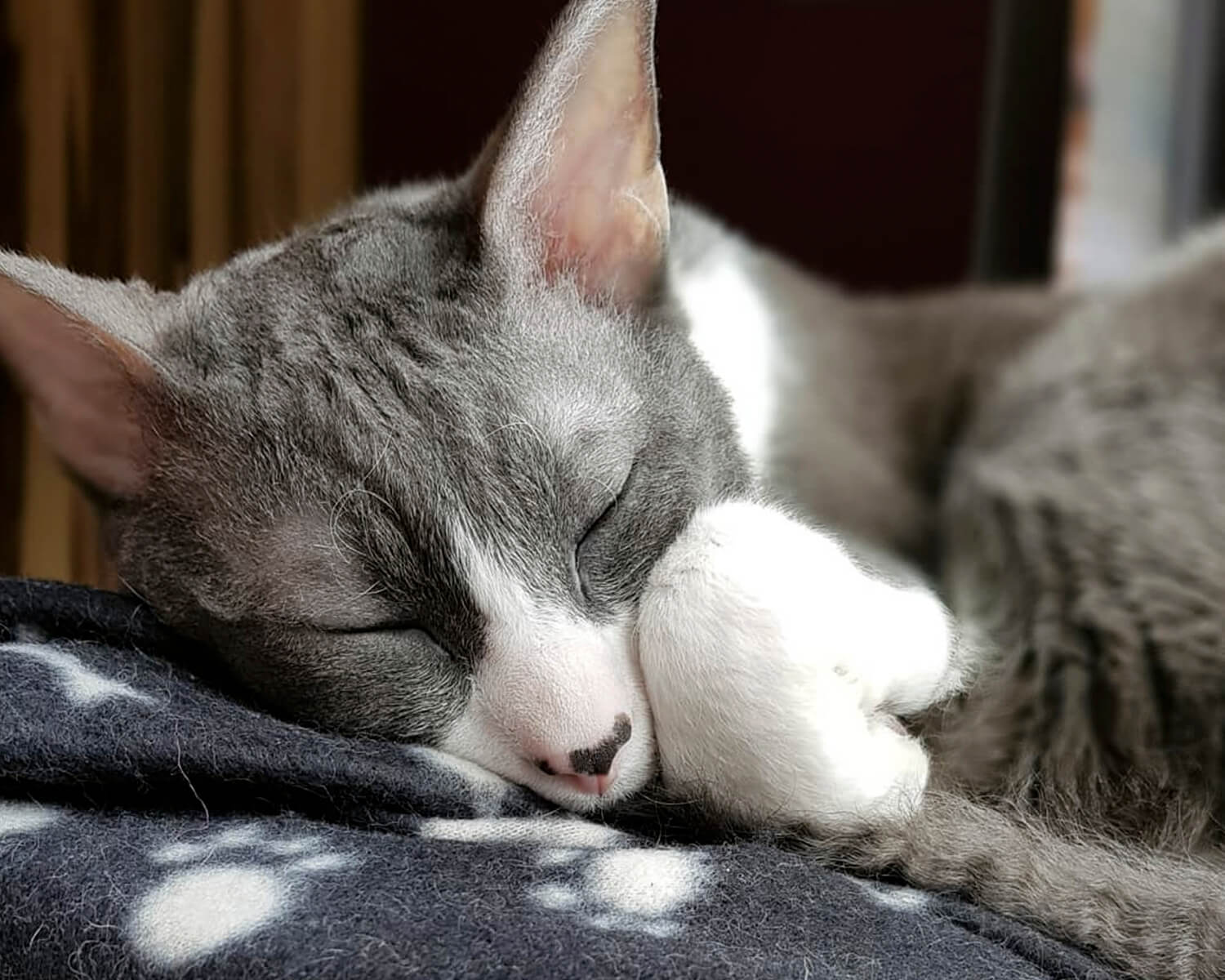 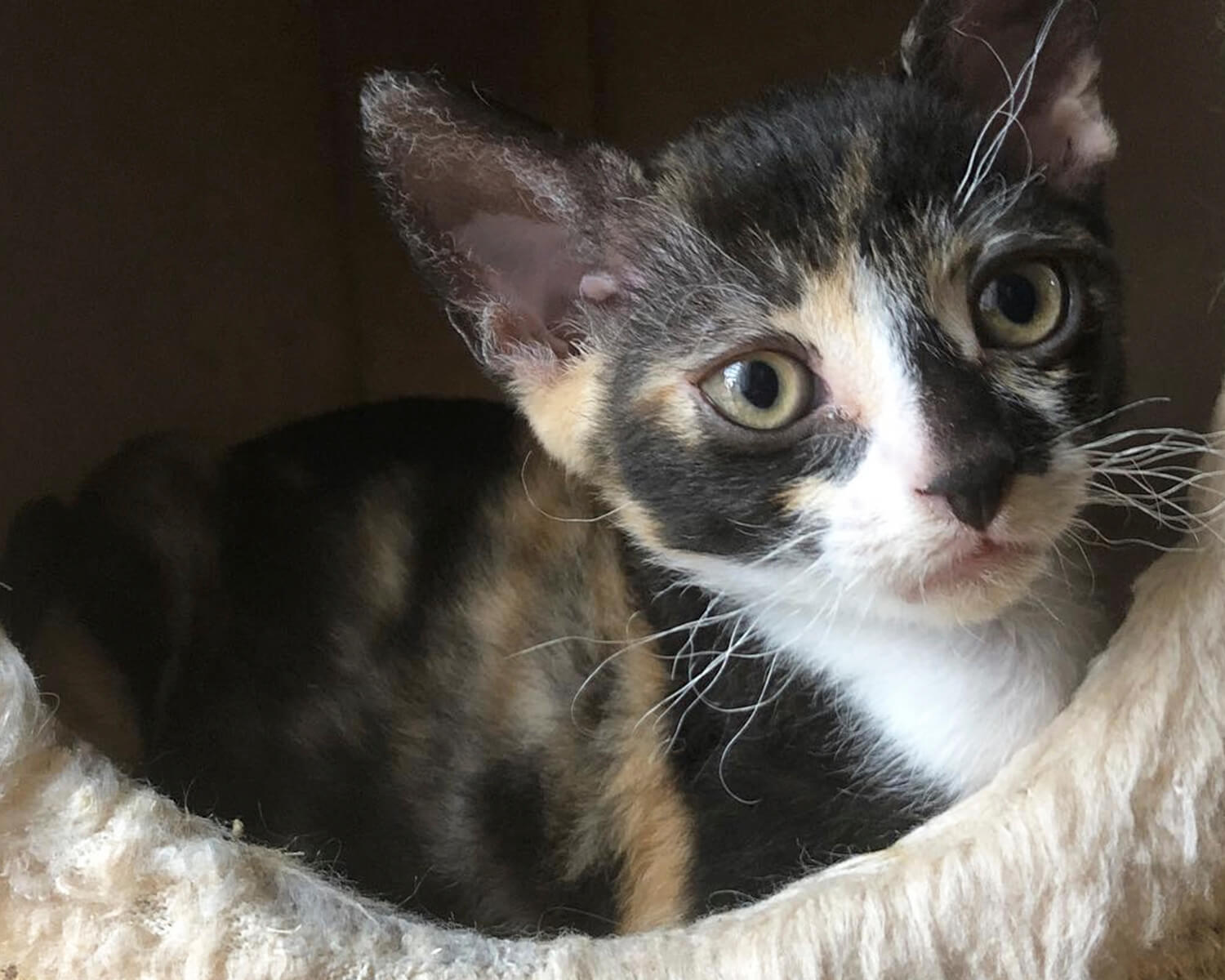