In the quiet French town of Magny-le-Compiegne burst out scandal. Neighbor Nicolas Boucher, a local resident, sued due to the crow on his backyard crowing too often and loud.

A woman works as a stewardess and claims that the neighbor’s singing the rooster does not give her the opportunity to sleep well between flights. AT the handsome owner Coco, in turn, ardently stands up for him natural rights. 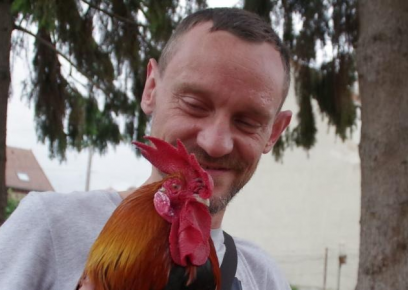 Nicolas Boucher intends to defend the voting rights of his cock

In search of justice, the judge personally visited Nicolas Bush early in the morning, and for the sake of such a respectable public, the accused I tried my best with all my heart. In 26 minutes he managed to ring crowing 23 times! So the judge had to admit the plaintiff was right and fined the owner Coco for 500 euros. Plus to that, another 2 thousand euros cost the legal costs.

Boucher is unhappy with this verdict and intends to sue further. In the meantime he moved his favorite to acquaintances, away from the finicky stewardess, and visits him every day.