Fleas are blood-sucking insects that feed on the blood of animals and people who can be carriers of scary diseases, some of which can even lead to death the outcome. Almost every cat owner knows the problem getting rid of fleas with the help of folk improvised means, as well as thanks to special medications. 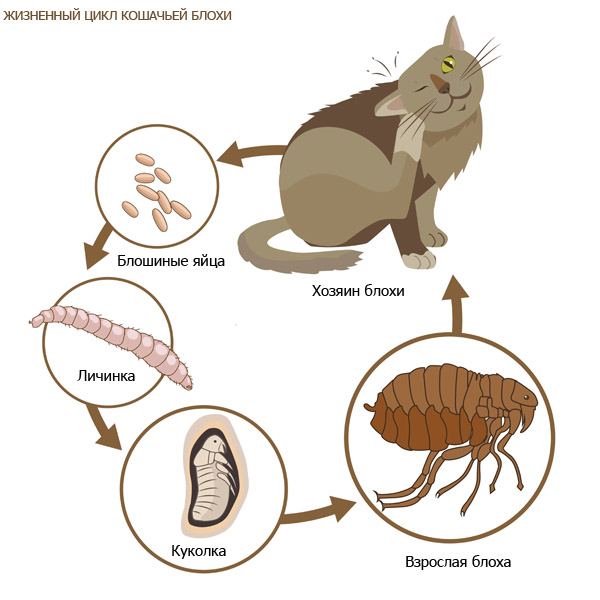 Feline life cycle fleas. An animal does not have to spend a lot of time outdoors, talking with stray cats or dogs to become owner of fleas. A little contact with the outside world is enough, single and short communication with an infected animal or place, where flea larvae, their eggs, and adults can be present individuals to acquire bloodsuckers. Flea eggs are very common in the environment, even the owner of a cat can infect an animal, bringing the parasite on shoes, clothes, personal items.

Symptoms of the appearance of fleas on the cat’s body

A flea on a cat’s body can be seen with the naked eye, spreading apart wool to the sides. Little dark brown extremely agile insects moving around the body of the animal and actively breeding, give the cat a lot of discomfort. In addition to adult, mature fleas in the hair of an unfortunate animal and its habitats (on bedding, furniture, throughout the house) a huge number of eggs are present (white oval flea eggs, their size does not exceed 1 mm) and flea larvae (translucent larvae similar to small worms, their size is 4-5 mm), as well as flea pupae (similar to particles of thread, specks, their size is about 5-6 mm, from which the adult flea hatches) – new lots of bloodsucking. So, in addition to visual inspection of the animal and being on the body parasites and their offspring, you can notice such symptoms the appearance of fleas on the cat’s body:

Hatching fleas in a cat

Most often for the treatment of cats for fleas by the owner acquired advised by a doctor (or purchased on their own discretion) insecticides – chemicals that destroy parasites (both adults and their eggs, larvae, pupae). Moreover insecticides must be purchased for both the animal and and for processing rooms, furniture, in a word, all surfaces, with with which the cat contacts. It is worth remembering that such chemical funds must be used exclusively for their intended purpose – You can not get rid of a flea cat with a product intended for room processing. Flea Remedies for Cats can be in the form of sprays, drops, collars, shampoos (and soaps), powders, vaccines:

It is worth noting that fleas parasitizing on cats can be intermediate hosts of helminths. That is why it is important not only to prevent and treat a cat from fleas, but also on time take measures to deworm the cat. Your doctor may advise to the owner of the cat a vaccine (or tablets) for the prevention and elimination fleas. The active substance lufenuron enters the bloodstream of a cat, and fleas that have drunk such blood die. Often right matched vaccine can save a cat from long term blood sucking insects. But do not inject the cat yourself стоит. 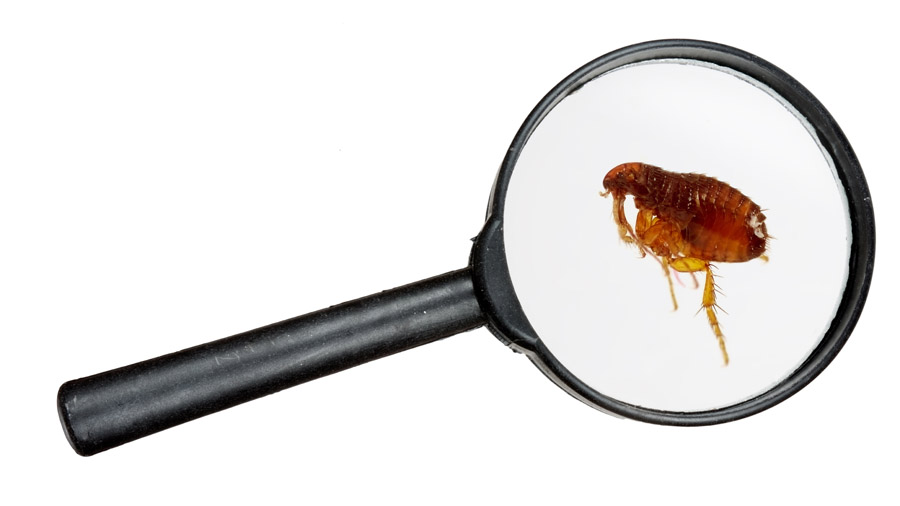 Помимо этого стоит обращать внимание на возраст,the cat’s health status, its weight, because the chemical contained substances in insecticides can be harmful to young animals or elderly, weakened animal, as well as for pregnant and lactating cats. For processing rooms you can use modern insecticides (“Get”, “Executioner”) that successfully defeat not only bloodsucking, but their larvae. Fleas especially love warm shaded areas, often difficult to access, so you need to process maximize your apartment and cat litter. Outdated products like Dichlorvos can cope with fleas only for a while. It should be remembered that treating the animal with even the most an expensive and effective tool without processing the home and furniture, beds, etc. won’t make any sense because flea eggs quickly migrate back to the cat, digging into her skin.

Sometimes cat owners prefer to use folk methods to fight fleas. Most often, a veterinarian prescribes the cat is exactly those drugs that are purchased in zoo pharmacies and incorporate special chemical substances. But no one will forbid the owner to try one of the simple means, which our grandparents also used, for example, in season herbs can pick up wormwood and tansy, brew them boiling water, wait for cooling, and then treat the body cats, excluding the ingestion of the broth in the ears, eyes, nose and mouth. Is worth understand that such a decoction will turn out rather bitter. By the way wormwood can be put in the house (under the sofa, bed, under the carpet, etc.) to scare away fleas that pungent smell of this grass can not tolerate. Still using garlic infused water can save a cat from fleas. Garlic is taken at the rate of 1 clove per 100 ml of water and insist a day, and then lubricate the animal. Decoction rosemary can be prepared like this: half a glass of rosemary poured into a glass of water, and put on fire. After cooling down the cat should be greased with the resulting broth. On the bedding of the cat (a also furniture, carpet) you can drip a few drops of oil geraniums, lavender, eucalyptus, whose smell is disgusting to fleas. But it is important to remember that folk remedies are, rather, preventative measure, not treatment. Running cases (sometimes on the body of the animal can parasitize a couple of hundred fleas) should be under the supervision of a doctor and be treated with special drugs for this intended. Fleas can lead to anemia (especially in kittens or weakened individuals), the appearance of worms, other diseases, dangerous for both a cat and a human.