What is fish oil?

Fish oil is a dietary supplement, usually obtained from cold-water fish such as menhaden, salmon and trout. Fish fat rich in omega-3 fatty acids, as well as eicosapentaenoic and docosahexaenoic acids. 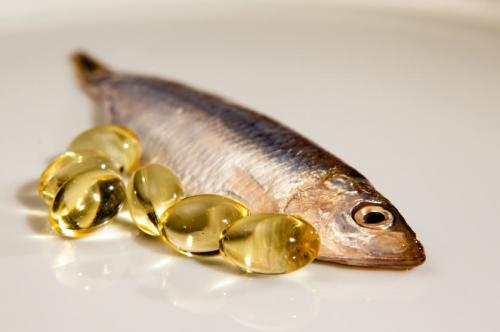 These two fatty acids can have a significant effect on reduction of inflammation. Fish, in turn, receives these acids from algae, which are alternative sources essential fatty acids. Algae in the future may become the main source of omega-3 fatty acids, as the world’s fish population the ocean continues to decline.

Why fish oil supplementation is recommended at home animals?

Supplements containing fish oil may be good for home animals suffering from inflammatory diseases, including allergies, arthritis, kidney disease, heart disease and many types of cancer. Greasy acids in fish oil reduce the likelihood of inflammation. TO unfortunately, many commercial additives and animal feeds, and for dogs in particular have very low omega-3 fatty acids, but some manufacturers began to correct this the situation.

Clinical trials in humans have shown Significant advantage over fish oil supplements over placebo tablets in such autoimmune and inflammatory diseases like rheumatoid arthritis, ulcerative colitis, psoriasis, Crohn’s disease, lupus erythematosus, migraine and multiple sclerosis. The use of fish oil in most cases led to a decrease disease activity and even reducing the need for anti-inflammatory drugs.

Omega 3 fatty acids found in fish oil may have and other positive effects not related to the effect on inflammation. For example, polyunsaturated fatty acids, which contained in fish oil can help treat heart arrhythmias, as well as seizures. The soothing effect of the use of fatty acids in the treatment of schizophrenia, up to reducing the need for antipsychotic drugs and improving mental functions in patients.

Another interesting effect of fish oil is its ability to inhibit tumor growth. Ability of fish oil inhibit cell growth by neoplasms also has tremendous potential in the treatment of coronary heart disease. Fish fat also able to prevent the formation of atherosclerotic plaques on the walls of blood vessels, thus being good prophylactic and therapeutic agent for cardiovascular diseases.

How long have fish oil supplements been used in domestic animals?

Supplements containing fish oil are among the most common. used in all veterinary medicine, and they can used as an additional drug, and how the main thing. Extensive studies have been conducted on the use of fish fat in dogs and cats that have shown positive results, especially in the treatment of allergies in animals. Fish oil supplements also apply when:

Pets with any type of inflammatory disease can benefit from fish oil supplements. AT in general, more severe diseases require higher doses than lungs. In case of severe inflammatory diseases of fish oil will not be enough, but with its help you can increase the effect of other therapeutic agents.

How successful is fish oil?

Fish oil is well absorbed as a dietary supplement. An increase in the content of omega-3 fatty acids in tissues is already observed after a week of taking supplements. Zicosapentaenoic and docosahexaenoic acids, as the most active, remain at a high level in tissues for one to two months after discontinuation taking supplements.

Fish oil has been shown to be highly effective in some households. animals in the treatment of allergic skin diseases. Supplement also with manifested itself with varying success in other diseases, for example, with inflammation of the kidneys. There are reports that fish oil supplements can slow the growth of cancerous tumors in many animals, including including cats and dogs. Although further research is needed with different types of cancer, adding fish oil to your diet pets is a general recommendation for all animals sick cancer.

How safe is fish oil?

Despite the fact that fish oil supplements are recommended to everyone animals with inflammatory diseases, the reality is that some animals respond better than others. In some cases the effect of fish oil may not be at all. Interesting that traditional Chinese medicine gives a reliable indication whether fatty acid supplements are clinically beneficial. Animals that have diagnoses related to blood or yin deficiency tend to respond these additives are much better than animals with moisture accumulation in the body, i.e. abundant yin.

Medically, some animals consuming fish oil supplements are prone to large flakes dandruff and oily hair. This condition is known as oily. seborrhea, disappears within one to two weeks after discontinuation additives.

In case of taking the recommended doses of the supplement, fish oil is one of the safest supplements. Most A common side effect is bad breath or skin odor. Fish oil is also not believed to increase blood sugar. in people and pets with diabetes, contrary to more early post. In rare cases, fish oil may delay blood coagulation, but if used in recommended doses, this side effect is extremely rare.

Where can I get fish oil and is it necessary recipe?