“Hidden blood in feces” is the presence of a small amount of blood in a stool that cannot be detected with the naked eye. Blood can get into stool from any part of the gastrointestinal tract, in including from the oral cavity, stomach, intestines, or rectum. 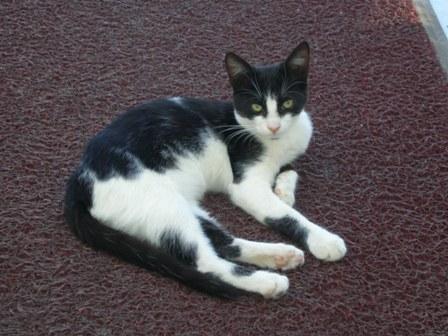 Why is occult blood testing needed in feces?

If blood is not detected in a timely manner, then even a small gastrointestinal bleeding can lead to significant loss of blood in the animal. Without treatment, it can also lead to the development of anemia. Fecal occult blood test is a simple, non-invasive way to detect bleeding in digestive system.

What are the causes of blood in the stool?

The presence of blood in the animal’s feces is a symptom of many relatively serious diseases that include severe dental diseases, internal worms, stomach ulcers or intestines, inflammation or tumors of the intestines, foreign bodies, which were swallowed. If stool testing for occult blood will give a positive result, then the veterinarian may recommend further diagnostics to more accurately determine the cause and place of bleeding.

Analysis requires just a small amount of fresh stool. It is advisable to collect feces in the morning, so that it does not get into water. Ideally, a stool sample should be collected no later than 24 hours ago.

How is the analysis carried out?

Blood contains a substance called hemoglobin. If feces, containing blood, put in a special test material, hemoglobin due to chemical activity should change color of this stuff. This color change indicates the presence of blood in a chair.

Although stool testing for occult blood is simple and easy, in certain situations it can give incorrect results.

For example, an analysis may give a negative result if blood not evenly distributed across the stool, or if bleeding arises periodically, but not continuously. Animal ration also may affect the accuracy of stool analysis for occult blood. If the animal eats raw or poorly prepared meat, raw vegetables or some types of canned food, then a hidden blood test can give a positive result even if there is no bleeding in no gastrointestinal tract. To avoid this problem, the veterinarian can offer only dry feed during 3 days before analysis.

Due to some inaccuracy of the occult blood test, the veterinarian may offer re-passage to provide more accurate diagnosis.