Yorkies are generally not prone to seizures or epilepsy. Usually if the Yorkshire Terrier begins to have seizures, then this indicates certain medical problems. Repeated cases of seizures and seizures are likely to lead to the diagnosis of epilepsy. 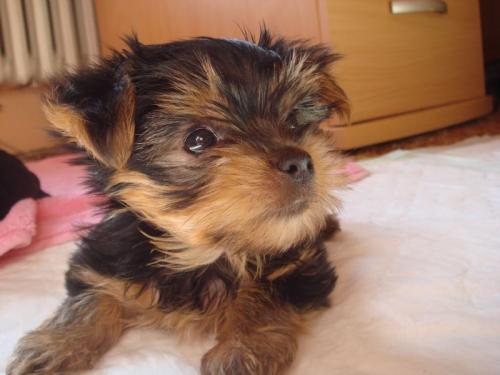 If your York swallows something poisonous, it can cause him an attack. Household chemicals, plants toxic to dogs or chocolate – all this can cause cramps. Some remedies for fleas can also cause seizures similar to epilepsy if your the dog licks the liquid from its coat. If your dog swallows or licks something like that and she begins to develop an attack, Contact your veterinarian immediately.

The occurrence of seizures is often one of the earliest symptoms of a brain tumor. Consult this with your vet, maybe he can use an x-ray to detection and diagnosis of a brain tumor. To discover a tumor inside the skull is often almost impossible, therefore, in In some cases, a chest x-ray is used.

Yorkshire Terrier as a breed has a relatively high risk the development of a disease known as liver shunt (portocaval shunt). Without treatment, a liver shunt may cause intermittent and persistent cramps, as well as changes in behavior. If your dog has Lyme disease or Rocky Mountain spotted fever – both of which are carried by ticks – it can have cramps and seizures as a symptom of these diseases.

Dog epilepsy is diagnosed in cases where the dog has a repeating pattern of seizures without known causes – she did not have a tumor, disease, hypoglycemia, liver shunt and other disorders that explain these attacks.

According to various estimates, epilepsy in dogs affects from 2 to 3 percent of all dogs and may be of hereditary origin. Yorkies with epilepsy may be prescribed antiepileptic drugs that should be taken regularly and in the required quantity. These drugs do not treat epilepsy, but they can significantly reduce the number and severity of seizures.