In the Indian state of Orissa due to inattention energy company workers killed elephants. 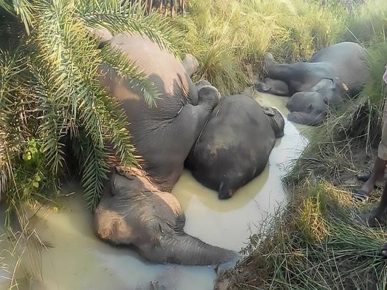 According to local police, the giants went to the watering place to get drunk with side of the rice field. They never reached the reservoir, since hit the bare power wire. Noticing the lying bodies elephants, residents turned to the police.

As it turned out, officials have long been aware of the problem with power lines, but they did not take any drastic measures. The culprits of the unfortunate cases have already been removed from their leadership positions. As well as the employees of the power plant responsible for this territory were dismissed.