Climate change leads to an increase in the toxicity of predatory fish meat. There is another risk factor – overfishing. To these findings researchers came from Harvard University, USA.

We are talking about such fish as tuna, cod, swordfish. In their tissues a critical increase in the level of methylmercury – dangerous for humans neurotoxin. The accumulation of substances in the human body causes damage to the nervous system. 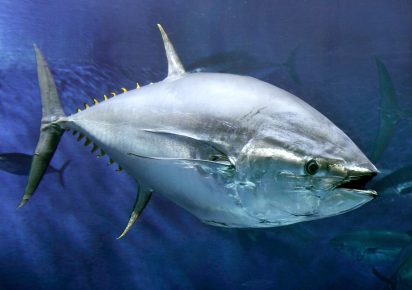 There are commercial species in the chile of predatory fish, therefore the content in their methylmercury meat poses a threat to the health of many people

About 80 percent of the mercury in the atmosphere, then accumulates in the ocean. There the substance is partially processed organisms in methylmercury. And although there is not much of it in water, in living tissues creatures toxin accumulates. Warming of water and fish passes affect the amount of substance in the sea, as well as on the diet marine life. The higher the marine animal in the food chain, the more methylmercury in his meat. Because it is in predatory fish a huge amount of substance is noted – its content in a million times the concentration in the environment.