Already the fourth country in the world at the state level has banned human violence over the freedom of dolphins. India, after Hungary, Costa Rica and Chile abandoned any use of these highly intelligent mammals in the entertainment industry as well also their capture and sale.

Scientists around the world exploring dolphins make amazing discoveries about the mental and communicative abilities of these animals. If the dolphins are at least to some extent our brothers in reason, then does man have the right to convert them into slavery: enclose in aquariums and dolphinariums, exploit for making a profit?

Indian government appropriated these amazing animals special status – a person who is not related to the human race; from now on, all dolphinariums will be closed in the country, and their inhabitants released. 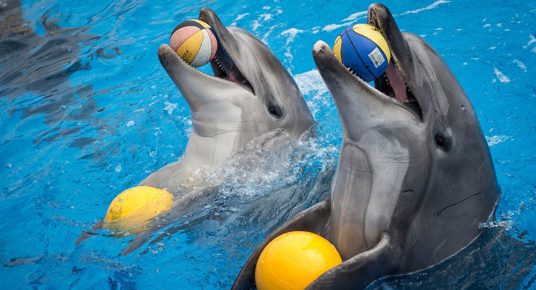