Scientists concluded: dogs can recognize oncology on early stages. The owners should take a closer look at the behavior of their pets.

In Britain, there have been two consecutive cases when dogs pointed out to their owners the onset of breast cancer glands. Emma Smith was alarmed by Charlie’s strange behavior, favorite of her children: the dog constantly poked his nose into the woman’s chest and barked without ceasing. Maybe the clothes smell like food, thought Emma and changed clothes, but the dog’s behavior has not changed. Doctors have found a small tumor in the very spot that Charlie was pointing to – from she managed to get rid without consequences. 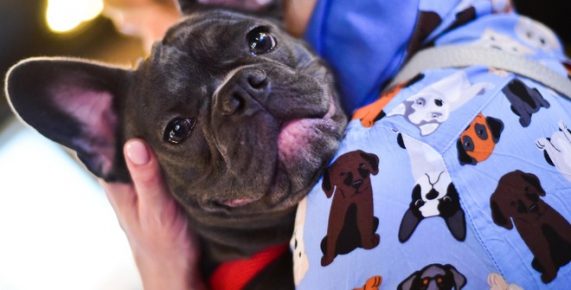 A similar story happened with Claire Guest and her dog – Labrador Daisy. After recovery, the woman created charity organization “Dogs-doctors”, in which they work 12 animals that can diagnose cancer in the early stages. Only her favorite Daisy managed to help another 550 people, for which she awarded the Blue Cross medal from the British animal welfare fund.