Vladimir Putin has had a total of dogs since the beginning of his presidency. The six months of 2019 were six. Now there are five left.

Connie is the first and favorite presidential dog 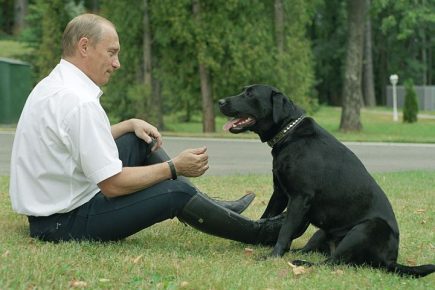 Connie was the president’s first dog

First, it was purchased for EMERCOM of Russia to participate in search and rescue activities. Brought her up professional dog handlers. The dog weighed about 35 kg, its growth reached up to 55 cm. Later, in the early 2000s, this dog to V.V. Putin during his visit to the cynological center was presented by the head of the Ministry of Emergencies S.K. Shoigu.

They say that Connie liked Vladimir Vladimirovich with first meeting, and it was a mutual choice. The dog was catching a glance the owner, guessed his desires, enjoyed communicating with him. She often attended negotiations and other events of higher level simply because Putin liked her presence. Dog it was also a pleasure. Connie was a true companion President in his hard work for the good of the country. 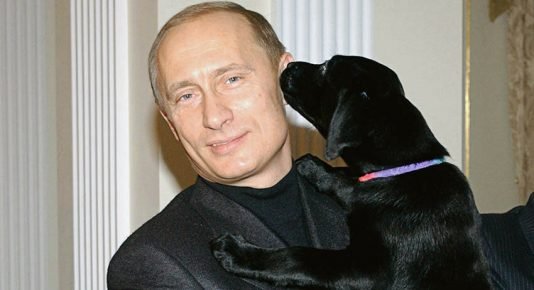 President and Labrador Connie liked each other from the first sight

On the 2003 State Duma election day, Connie gave birth to 8 puppies that are attached to good people, including:

In 2007, the press jokingly discussed the issue of Connie as successor to the president of the Russian Federation.

Connie lived with the president longer than other dogs and died in 2014 when she was already 15 years old.

Vladimir Vladimirovich was visiting Sofia at that time. 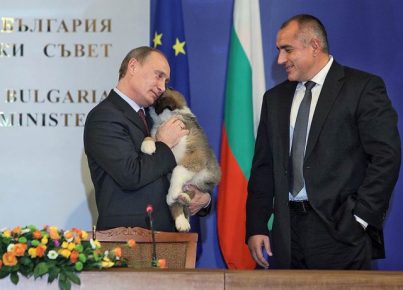 At the birth of the dog, they named Yorgo, but they did not like this name Vladimir Vladimirovich. Already in Moscow on the basis of the announced All-Russian competition gave the puppy a more harmonious name is Buffy. 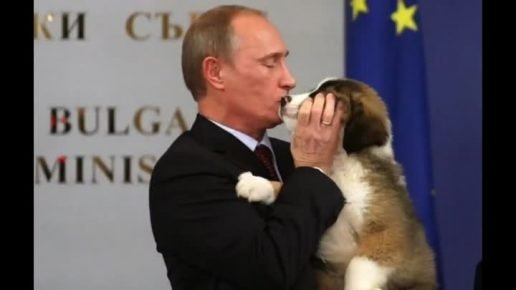 Putin was delighted with the furry presentation, named later Buffy

This dog is a red-haired girl from the Akita Inu dog breed. Representatives of such Japanese dogs are famous for their high intellectual abilities, show amazing devotion and love for his master.

Representatives of Japan presented a three-month-old puppy to the head of the Russian Federation at a meeting in July 2012. They wanted such a gift to thank the Russian state for assistance in the work on liquidation of the consequences of the accident that occurred at the Fukushima-1 nuclear power plant. 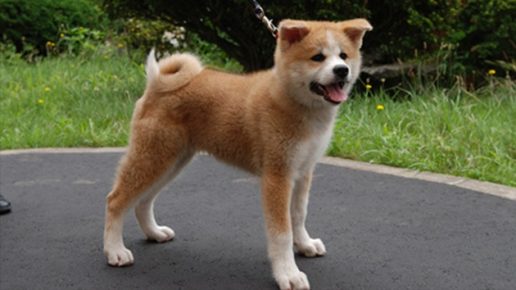 This dog, donated by the Japanese, Putin called Yume (Dream)

Putin chose the name of another favorite. Yume translates to Russian as a “dream”.

A grown gift – Yume – representatives of the Japanese delegation again saw during the negotiations in 2016. 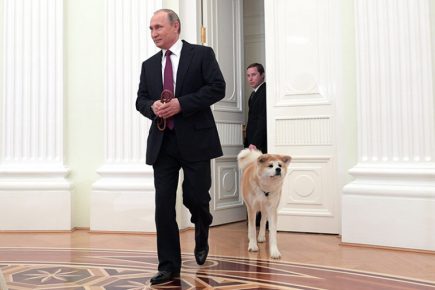 Faithful is a gift of V.V. Putin’s birthday from the head Turkmenistan in October 2017. 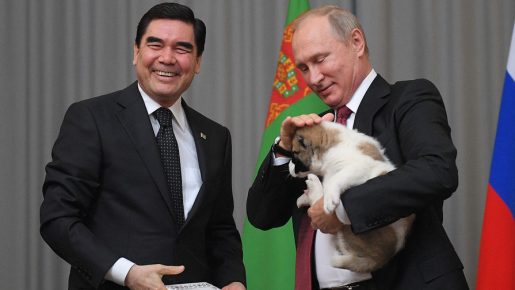 This thoroughbred dog got its nickname for loyalty and fidelity inherent in Alabai, to whose breed he belongs. Alabai – smart animals, good guards. Their growth can reach 90 see. The President’s dog’s color is white with pale brown. stained. 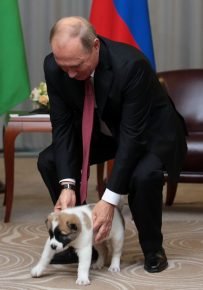 When the Russian President visited Serbia in January 2019 he received as a gift from Alexander Vucic, President of Serbia, a new pet – a three-month-old Pasha puppy. 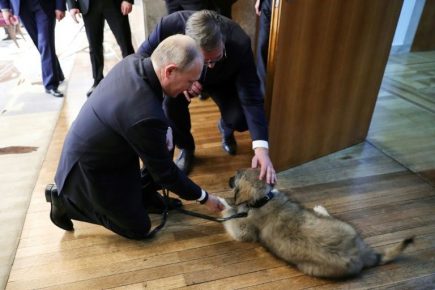 The President of Serbia presented Pasha to the Russian leader

Pasha is a descendant of the champions, Sharplaninskaya Shepherd. Dogs of this shepherd breed weigh up to 40 kg, and a height at the withers reach 60 cm. Outwardly resemble Caucasian Shepherd Dogs. These animals are smart, loyal the owner, a little stubborn and good guards. Shaggy Pasha beige color of wool. 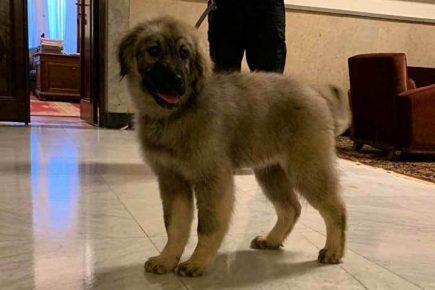 Sherkhan presented to the head of Russia during his visit to Bishkek (March 2019) President of Kyrgyzstan. 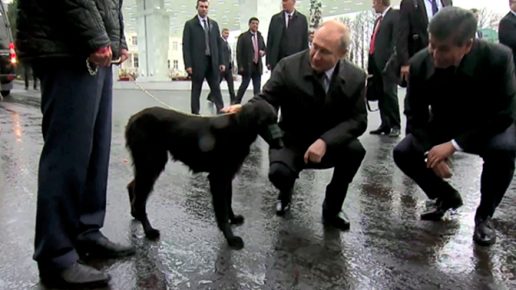 Puppy Sherkhan, gifted to the President of the Russian Federation, is a representative hunting breed taigan

The black dog is a representative of the hunting Taigan breed (Kyrgyz greyhound). These dogs are on the verge of extinction: there are about 1 thousand individuals left.

Kyrgyz greyhound – a mixture of a greyhound with a wolfhound. 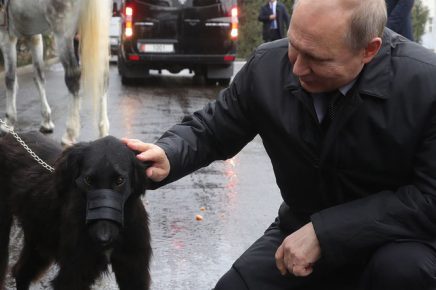 All four-legged pets of the President of Russia live in Novo-Ogaryovo, his residence near Moscow. 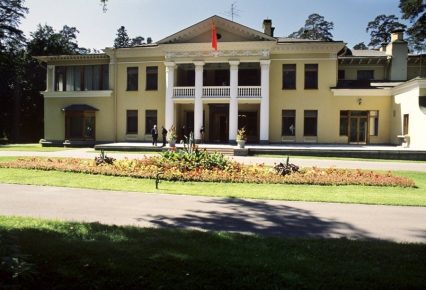 Putin’s dogs are in the residence of President Novo-Ogaryovo

Video: Pasha and other dogs of the current president

So, the president of Russia now has five beautiful, smart and loyal dogs. All of them were presented to him by representatives of others. states where such breeds of animals are pride and national wealth of the country. Now these four-legged are faithful and reliable friends of the head of our state.