Epilepsy is a serious ailment that affects not only people, but also animals. Epilepsy is also found in dogs. And suffer epilepsy can be representatives of any breed, without a clearly defined depending on the pedigree and age. In the total number of calls to a veterinarian with a dog disease epilepsy is 5%.

Epilepsy is a chronic brain disease neurological pathology, manifested by paroxysmal cramps. Seizures are provoked by temporary malfunctions brain that arise due to excessive activity brain neurons and the imbalance between the processes of excitation and braking.

There are 4 types of epilepsy: 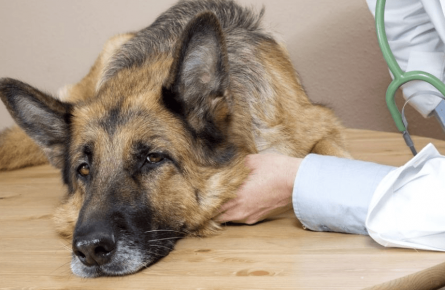 Idiopathic epilepsy between attacks does not manifests itself

Cryptogenic epilepsy may be immune to drug therapy with anticonvulsants. In this case, she falls under refractory epilepsy, that is, this form of the disease, when medication does not help to cope with epileptic seizures. About 15% of dogs with epilepsy Unfortunately, they have its refractory appearance.

The causes of the disease can be many and they are quite various:

Often the appearance of epilepsy is provoked by stressful situations that the animal is experiencing, physical and emotional overwork, hormonal disruptions. Because it the disease is more characteristic of bitches than males, and also neutered dogs.

An epileptic seizure is the most severe and characteristic. manifestation of the disease. But not all attacks are the same.

There are 3 types of epileptic seizures: 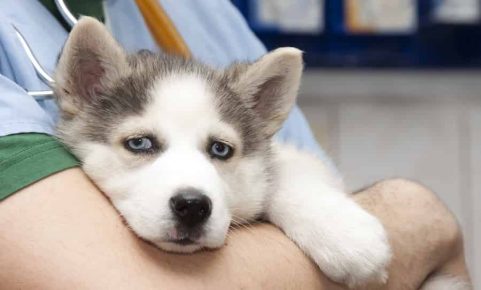 During attacks, the dog howls and fears

If the dog has had at least one such attack, it must be to survey. The ideal option is a visit to a neurologist or epileptologist. 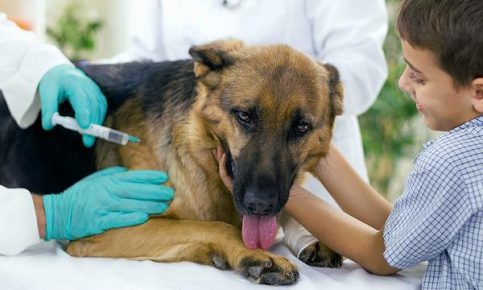 On examination of the dog, it is important to describe the seizures in detail to the veterinarian, and also previous and subsequent sensations indicating the date and time

In addition, the dog’s pedigree is examined for identification hereditary predisposition to epilepsy. This is done for determining the form of the disease – congenital (primary) or acquired (secondary) – and for differentiating provocative factors.

A comprehensive examination will separate epilepsy from others diseases with similar symptoms – vestibular pathologies apparatus, cerebellar diseases and problems with the auditory nerve.

Epilepsy is a disease that is completely eliminated. impossible, but it can be controlled. Proper therapy reduces the number of seizures and significantly improves dog quality of life. The competent appointment of a treatment regimen and its meticulous adherence to long-term (up to 6 years) remission. The tactics of treatment depend on the type of epilepsy.

With symptomatic and reactive epilepsy, the main the goal of treatment is to control the underlying disease and eliminate the causes of its occurrence. If the disease triggered by a brain tumor, hydrocephalus or craniocerebral trauma, surgery is indicated. If the disease arose against the background of poisoning or intoxication with parasites, then elimination of toxin and destruction of the source of poisoning lead to recovery of the animal. As a rule, such a treatment is comprehensive and is performed on an outpatient basis.

With idiopathic epilepsy, when a provocateur of attacks not obvious, treatment comes down to therapeutic control. If seizures occur once a month or more often, the appointment of anticonvulsants with a sedative effect is prescribed (phenobarbital, diazepam, primidone and bromides).

When selecting an anticonvulsant, sedative focus on the presence of other pathologies, in addition to epilepsy. For example, phenobarbital is not prescribed for liver diseases.

Taking anticonvulsants is always strictly dosed and controlled by. Once a quarter, blood is given for analysis to determine the level of drug in it. 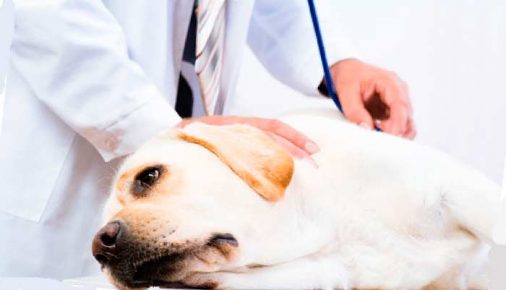 Permanent and prolonged use of medications from epilepsy leads to the development of renal failure, in particular risk zone – older dogs

With intensive care, when the animal is in status epileptic seizure, relief of seizures is achieved by the introduction of anticonvulsants by injection. In this case are shown hexamidine, tazepam and sibazon. In acute conditions, apply also corvalol or valocordin. They are dripping a dog under the tongue, this helps relax muscles.

Prescribing magnesia is possible only after establishing the exact diagnosis, otherwise the drug may worsen the condition of the dog.

Self-administration of medication to the dog and dosage selection can do much more harm than not being treated.

Most sedatives have side effects, and therefore, alternative medicine methods are also used for treatment:

All these methods have more preventative action and do not guarantee relief of the dog’s condition, especially when she has an attack.

The dog should be protected from emotional and physical stress. The animal must be treated under the strict supervision of a veterinarian. Shown peace, no exhibitions, competitions, mating and intense workouts! A special diet is also recommended. Restriction in dog’s diet of meat, salt and an increase in foods containing magnesium, manganese and vitamin B6 will help alleviate the condition animal. Food is given in a warm form and according to the established schedule. 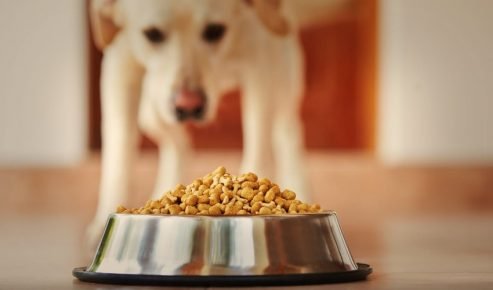 The attack is unpredictable and duration. It can last seconds or minutes, flow with and without loss of consciousness, occur in a dog located in state of wakefulness and sleep.

And yet, all epileptic seizures have something in common – certain stages of development by which an attentive host can to see the impending danger and prepare your own for it pet.

The owner of a sick animal needs to know the signs an onset of epilepsy in a dog.

Harbinger of an epileptic seizure (prodromal stage) It has a different duration – from an hour to several days. Accompanied by the general weakness of the animal, lethargy.

Then comes the next stage – the aura. She always short. Her time is measured in seconds and minutes. The dog seeks shelter or, conversely, the owner, worries, trembles, whines. May be vomiting. Profuse salivation begins twitching of the muzzle.

Then comes the seizure attack – iktus.

Dog epilepsy requires treatment, how to stop the attacks, every owner of epileptic animals needs to know.

During an epileptic seizure in a dog, its owner needs do not worry yourself and calm a sick animal, observing following algorithm of actions: 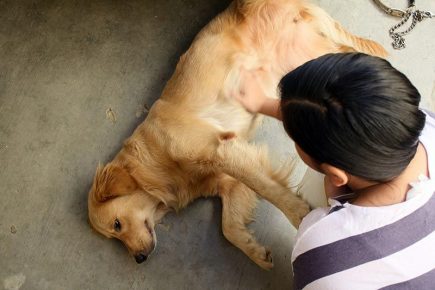 If there is no syringe at hand, diphenin can be poured directly into fall

The anatomical feature of fastening the tongue in a dog is such that during convulsions, he does not sink and cannot cause asphyxiation.

If an attack catches a dog on a walk, the diphenin ampoule will help in the form of an injection.

If the seizure happened to a sleeping animal, then enter chloracone or phenobarbital.

If the dog is awake, then the cramps stop with benzene or hexamidine.

If cramps recur regularly and continuously, it should use an enema with chloral hydrate. This will simplify the convulsive readiness of the animal.

Behavior of the animal after an attack

After a seizure, the dog remains disturbed for some time coordination, concentration. Disorientation and slight salivation. The animal is very weak. Everything, that he needs at the post -ictal stage of the attack – rest and silence. It may take several days to recover if the attack was severe.

Physical injuries of a dog during an epileptic seizure very likely if you let it go and don’t take action precautions.

Excessive nervous irritation during a seizure may provoke a malfunction of the digestive tract, other organs and systems. 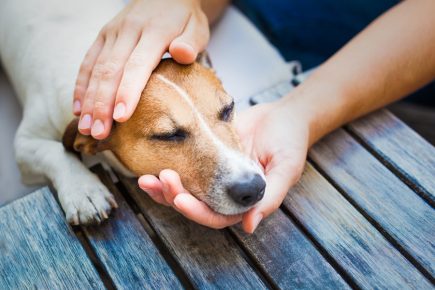 Abrupt withdrawal of one drug may cause new symptoms pathology, and in some cases becomes the cause of seizure

During an attack, nerve cells spend a huge supply of food, leading to a subsequent decrease in brain activity dogs.

But the most terrible and irreversible consequence of epileptic a seizure is that the animal may die of asphyxiation.

How many dogs live with this disease

A dog diagnosed with epilepsy can live long if she regularly and on time receives the medicine prescribed to her in the right dosage. Sometimes you can even completely stop seizures. But it should be remembered that this disease requires lifelong therapeutic measures.

Dogs with epilepsy are affected by lifespan a number of factors:

Epilepsy is not a sentence, but a diagnosis. With him the dog is not doomed and can live a long and happy life under supervision attentive and caring owner.