Houtong would gradually disappear from the map, if not local half wild cats. In the absence of humans, animals bred here in huge numbers and often died, because that they couldn’t feed themselves.

One of the residents told about the sad fate of cats in social networks villages and called on people to help the cats at least with something. Amazing but soon compassionate tourists came to Houtong to feed and caress the abandoned animals. 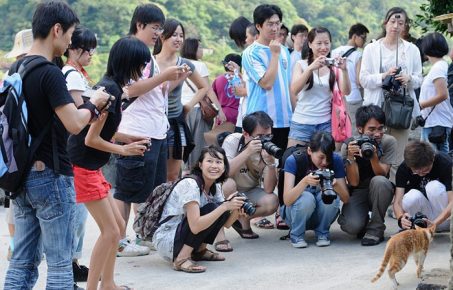 This was facilitated by convenient rail links: rails for the export of coal were originally laid to the mines. Now “cat tourism” – a solid source of income for Houghtong, he gave work for many people in the field of guest services, production and selling souvenirs. And cats are just happy.