Colostrum is an antibody-rich fluid produced by mammary glands of the female on the first and second day after childbirth. Colostrum contains a number of antibodies and important proteins that newborn animals can be fed during the first days after birth. Although the ability to absorb colostrum is lost during few days after birth, it will still be capable have local effects on the surface of the body and on gastrointestinal tract. 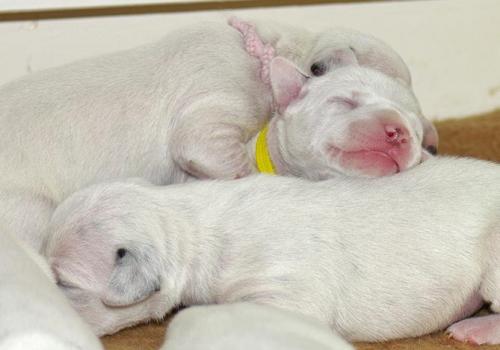 Most colostrum products available in stores produced from cows. Ideally, colostrum should be derived from sources that do not contain hormones, pesticides or drugs that can be concentrated in colostrum.

Why is colostrum recommended for pets?

Some researchers periodically report on positive results from the use of colostrum or one of its components, lactoferrin. Lactoferrin is a protein found in milk, colostrum, and in white blood cells. He binds ions iron, and therefore can be used as antibacterial means.

In pets, colostrum can be used to speed up healing of insect bites, wounds, abscesses and surgical cuts. When ingested, colostrum can help restore proper functioning of the gastrointestinal tract, as well as reduce such symptoms of bowel disease like vomiting, diarrhea, and constipation. Some studies have shown that colostrum can also alleviate food intolerance, allergies and gum disease. Colostrum has proven effective in stimulating the immune system and how antimicrobial agent.

How long has colostrum been used in pets?

Colostrum has been used for many years as part of therapy and in humans and animals with various diseases.

What types of animals can be treated with colostrum?

Any kind of animal can benefit from colostrum. Colostrum widely used in dogs and cats.

How much research has been done with this supplement?

Extensive research has been conducted on potential the benefits of colostrum and lactoferrin in the treatment and prevention of infections and inflammatory bowel disease.

How successful is colostrum?

Studies in humans are somewhat controversial, so how many studies have shown the benefits of colostrum, while some others did not get any positive results. Interestingly, many pet owners say that colostrum brings significant benefits to their pets.

How safe is colostrum?

Colostrum and its like are considered extremely safe, and the use of colostrum as part of treatment therapy gastrointestinal diseases is unlikely to do any harm

Data that colostrum has any significant side effects, no.

Where can I get colostrum?

When buying colostrum, you should consider how checked it is. manufacturer, since these additives are practically not regulated. Your veterinarian should tell you your preferred brands. colostrum.