It would seem to choose a cat tray litter – trifling matter, would be only cheaper and would not harm the cat. But in fact, the owner sometimes has to change more than one brand and type of fillers to choose the perfect option. And besides price issues will be of great importance and organoleptic properties of the goods, since the cat has not liked, for example, by the odor filler may even push it away from the tray. All Fillers not only divided by composition (wood, mineral, corn, zeolite and silica gel), but also by its properties – on clumping and absorbent. Clumping filler, absorbing moisture, forms a lump that is easily removed from the tray ( the owner needs to periodically pour fresh servings filler instead of contaminated). A absorbent filler does not change shape, while it has excellent adsorption, which allows the tray to have a neat and well-groomed appearance (change absorbent filler may occur 1 time per week). Consider the popular types of fillers, their positive and negative properties: 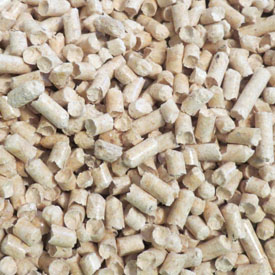 Wood filler (Barsik, “Tail”, “Cat’s House”, “Super Cat”) – essentially filings, pressed into oblong granules of yellow or brown shade. Depending on the age of the animal and the length of the coat, you can pick up a filler consisting of small and large granules. Smell such a filler is sometimes extremely annoying for human, especially when mixed with other flavors. Woody filler practically does not cause allergic reactions in animals due to the naturalness of their origin (if manufacturers did not add any chemical substances, so the composition must be carefully studied). Woody fillers absorb moisture well. Moreover, the price of such a product quite acceptable, if desired, you can purchase a large package (8, 10 kg) or even by weight (in some pet stores woody filler is sold at 1 kg). The purchase of this product will not be problem due to its widespread prevalence. Minus this product is that it has to be changed quite often, since granules, swelling, and then, drying out, become too friable, that is, the cat carries wood shavings throughout home (especially if the filler is cheap and low-quality). 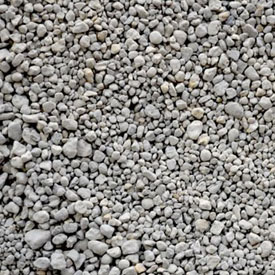 Mineral filler (“Ever Clean “,” Pi-Pi-Bent “,” Siberian cat “,” Kotyara “) are made from clay, minerals, sometimes added for greater absorption natural materials (e.g. charcoal). The cost of such fillers are relatively low, and high quality is due to natural components. As a rule, fillers of this type perfectly absorb odors and moisture without causing irritation in cats and allergies. In some types of such fillers add flavors to give a pleasant aroma, some absolutely have no smell. Mineral filler happens to clump, so absorbent. Use caution with such small kitty toilet filler – if swallowed big problems are possible. 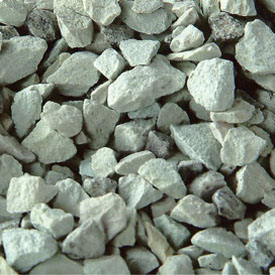 Zeolite filler (“City Cat “,” TERRACAT “) – granules of a greenish tint, not having odor made from volcanic minerals – zeolites. Cat urine is evenly distributed and absorbed not only in the top layer of filler, which allows it to be spent economically, no more than 1 time per week, periodically mixing it. Such the filler does not adhere to the tray and animal hair. Besides the main function of such a filler can be used in as an absorbent layer under a cat litter, for absorption unpleasant odors. The cost of zeolite filler is more expensive wood and mineral. 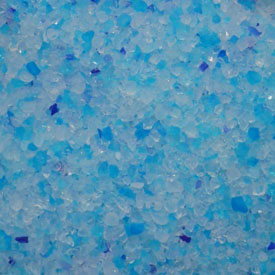 Silica gel filler (“Lauron”, “Cat step”, “CC Cat”) – granules of white color with blue or blue blotches. Distinctive feature of granules from silicate gel – high adsorption, no unpleasant odor after urine absorption. This filler does not stick to the coat. animal, does not require frequent replacement. Negative qualities silica gel filler can be attributed its high cost (the most expensive of all varieties) and “unnatural” – granules look like glass or plastic particles, crunch under paws of a cat. Often these fillers can be added various chemicals that are harmful to health cats. Little kittens should not spill such a filler due to the possibility of ingestion and further toxicity consequences. 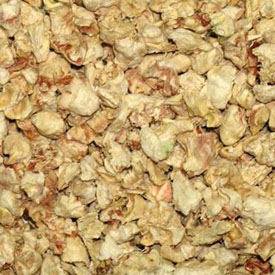 Corn Filler (“Nature`s Miracle”) – inexpensive and natural, made from corn cobs waste. The use of such a filler does not will cause harm to the cat, and its cost is low. But the negative qualities of the corn filler are its lightness, poor absorption of odors. The owner of the cat will have to often replace the filler in the tray with a new one.

In addition to the above fillers, the owners sometimes wood chips, river sand, torn or cut into pieces of newspaper. But the use of such fillers make the owner of the animal now and then stand with a broom or vacuum cleaner over the tray. In addition, fillers made poorly absorb odors. For example, soggy newspapers with printing paint can harm the pet, and in the sand brought appear to be piercing particles of shells, glasses. So, when choosing cat litter is primarily worth paying Attention:

If a new family member appears in the apartment – a kitten, and the owner does not yet know which filler the baby will have to soul, you should not immediately purchase a large package of the product. At ignoring the kitten tray with a new filler or, conversely, with excessive interest in granules (eating them, playing with them) costs switch to another type of product. By the way, to pursue cheapness in this the question is unreasonable, since cheap fillers require almost daily replacement, while more expensive types of fillers can lie in the tray for a week without spreading an unpleasant odor and without sticking to the cat’s paws.