It turned out that as a young gorilla got into a private zoo Britain when her mother was found dead.

Aspinall family of zoodefenders tried in every possible way to return the animal into her natural habitat, but they didn’t succeed. Years passed, Damian grew up, and with it the gorilla Babidoll, who was only a year younger than him. 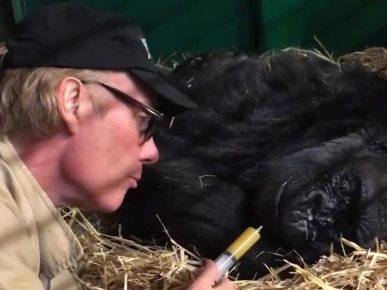 More recently, the gorilla fell ill and stopped eating. Damian tried in every possible way to cure his Babidoll, but later realized that the end is inevitable. The man posted on Instagram (@damian_aspinall) touching video farewell with a monkey. Zoodefender in the end hugged the gorilla, and after he asked the veterinarian present to euthanize a dying animal to alleviate its suffering. 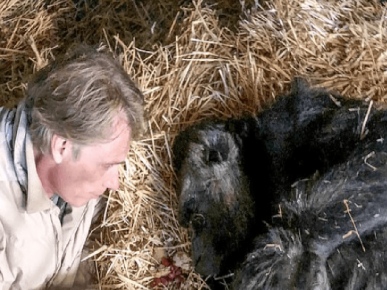 According to Damian, in spite of all efforts and efforts, his life ward can not be called correct. Even because she died in captivity.

Aspinall created a fund whose main goal is the return of salvaged animals to the wild.