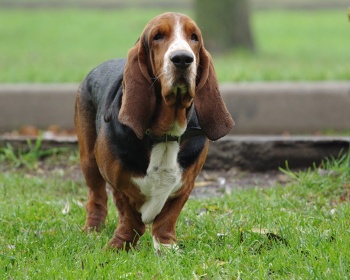 The breed of dogs Basset Hound is very recognizable, these dogs do not cannot be confused with others. Their short stature, extremely long ears, unhurried manner of behavior and folds on the face are familiar to many by various films, cartoons and television series.

An example is the well-known Lieutenant Colombo from television series of the same name, and his dog named “Dog” (dog – great name for a dog, isn’t it?). This basset hound was lazy, had an independent character and kind nature. This the breed originated in France, however, modern bassets slightly different, as they were derived separately from French individuals delivered to England.

The French ancestors of modern bassets came from the laconic dogs, which in turn led to the development of hounds St. Hubert around the 10th century AD, through lengthy selection in the monastery of St. Hubert. They were described as having wonderful the scent, with short legs, large and slow dogs with a small head (in modern bassets, on the contrary, the head is not small you name it).

These dogs successfully lived and developed, having success with the French aristocracy until the 19th century. The most famous regal the lover of this breed is Emperor Napoleon Bonaparte, who even ordered to make several sculptures of his breed dogs basset hound.

Targeted breeding in France began around 1870s, and at the same time, several individuals were moved to England where the breeders started their own program breeding. They crossed the French Basset Hound with the Bloodhound, through artificial insemination. The resulting dogs they crossed with French bassets, resulting in A clear breed standard was formed around 1895. The The standard was updated in 2010.

A Basset Hound dog should be no more than 36 cm high – This is the official breed standard. The neck is long, the head is large, the skin on the muzzle sagging and has folds, ears are long, sometimes they can almost reach the ground (if the neck is lowered to the level with the spine). The tail is also long, set high above the back, legs are short. The physique is large, they are prone to being overweight, the torso elongated. The color usually consists of two or three colors – white, brown, black.

Kind, friendly, physically unable to rush anywhere – these are basset hound dogs. They have a very peculiar character – with on the one hand, these dogs are known for their gentleness, kindness and obedience, on the other hand, sometimes they can be an example of stubbornness and independence. Moreover, not only heredity plays a role here – a lot depends on the owner himself and on whether he can build relationships with your pet in the right way.

Basset Hound breed because of the physique adapted to any serious activity, though, their French ancestors were often used precisely for hunting. Modern bassets for this purpose are used extremely rarely, for security functions, as you understand, also use them useless. Although, they can raise the alarm, because they love barking (and often they can even howl for their pleasure) and in general they can quite violently react to unexpected sounds or strangers people they don’t like.

However, mostly Basset Hound dogs are bred in as a companion and friend for the whole family – they are wonderful relate to children, interesting, curious, like to be among people and generally like to feel in the spotlight. Children perceive perfectly, very patient and tolerant in dealing with them.

Despite their short legs and slowness, they love walking, games are well received by other pets. With their cats better to introduce at an early age if you expect to be cats with a dog at home. Internal independence does not bother them strongly attached to their family, although they can spend part days in private.

Basset Hound dogs are commonly used as pet, companion, and therefore do not need training difficult teams. If the pet has a stubborn character, what it happens often, the main thing that the owner needs to achieve is obedience. For this you need to have a strong will, and a huge amount of patience, because with bassets brute force is used, beatings, constant screaming and psychological pressure are unacceptable.

You need to use trainer methods and tricks such as encouragement and covert manipulation. The latter means, for example, that if the dog wants to walk or play with you, let her know that you will meet after completing the assignment. In this case, put the leash in a prominent place and repeat the command. Assignment is possible complicate by introducing distractions and increasing the distance between you and your pet.

Basset Hound requires regular hair combing once per week, And also, you have to carefully examine his ears and 2-3 once a week to clean them from contamination. Cause the air is under your ears practically does not circulate, which contributes to various infections and the growth of bacteria.

In the corners of the dog’s mouth, the mucus needed clean from time to time, because it does not dry completely due to which pathogenic microflora are formed there. Another problem spot – eyes. Due to sagging skin, dust and dirt accumulate in them, therefore, eyes need to be cleaned at least once a day, or even two. Claws cut once every 10 days, bathe the animal 1-2 times a week.

The Basset Hound breed of dog has a number of diseases associated with their body structure, in addition, there are hereditary diseases.

Interesting facts 1. Basset Hound highlights too much drool. Due to loose skin around the mouth, they have the tendency to make a real mess when they drink or eat. If you finicky host who can’t stand drooling, basset hound this is not the best choice for you, so you can look and pick up a different breed of dog. 2. Obesity is real problem for basset. They like to eat and often overeat if they have such an opportunity. 3. Basset Hound dogs are not very good swimmers, so watch them near ponds so they don’t fall in trouble. 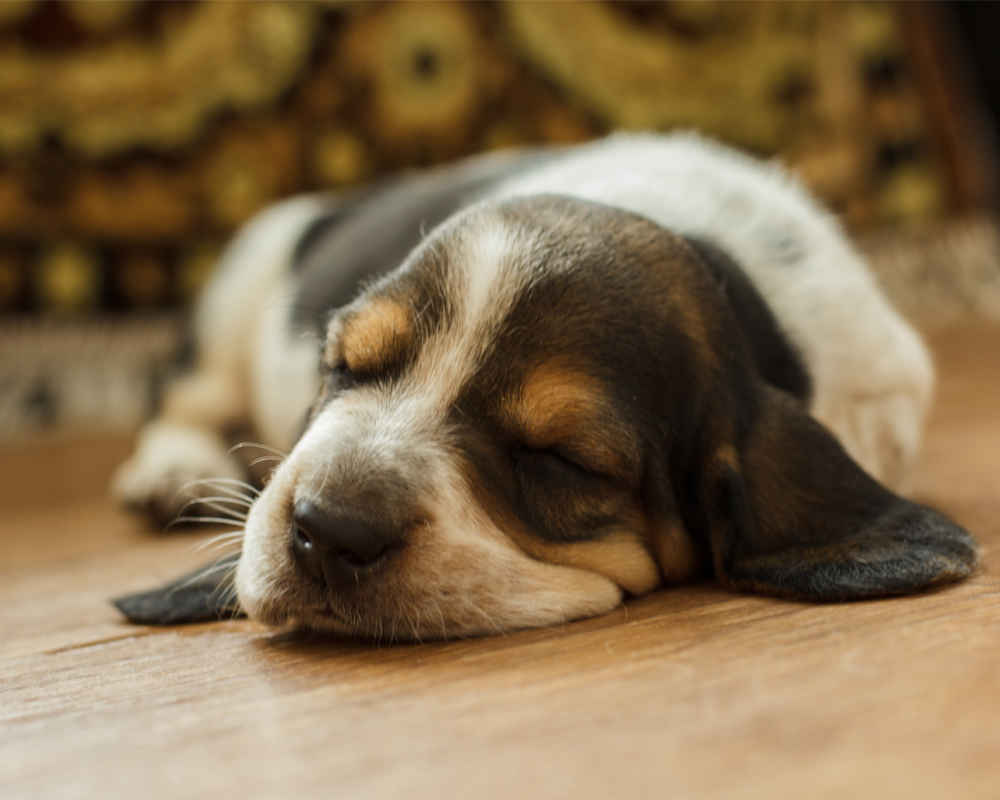 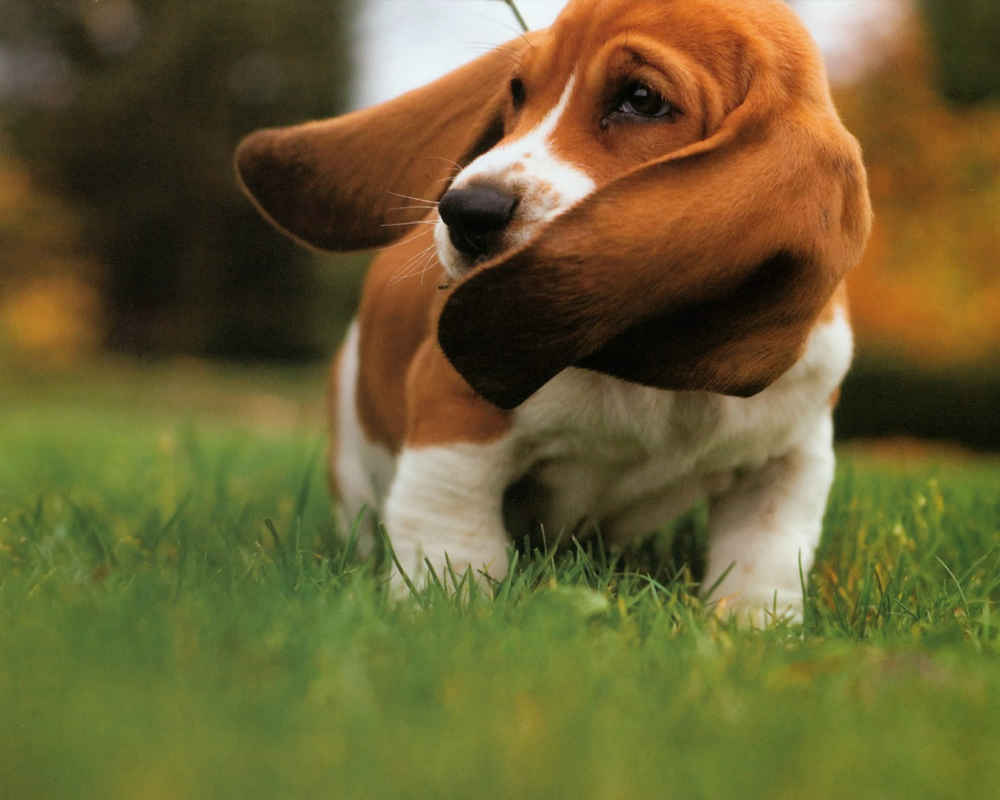 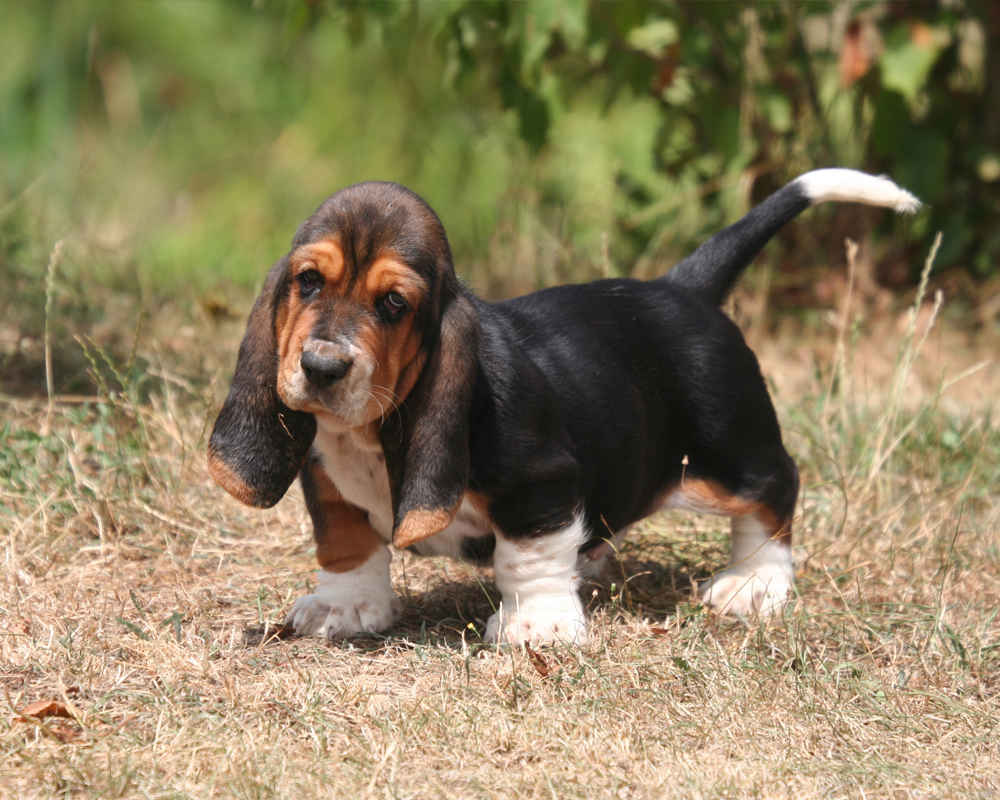 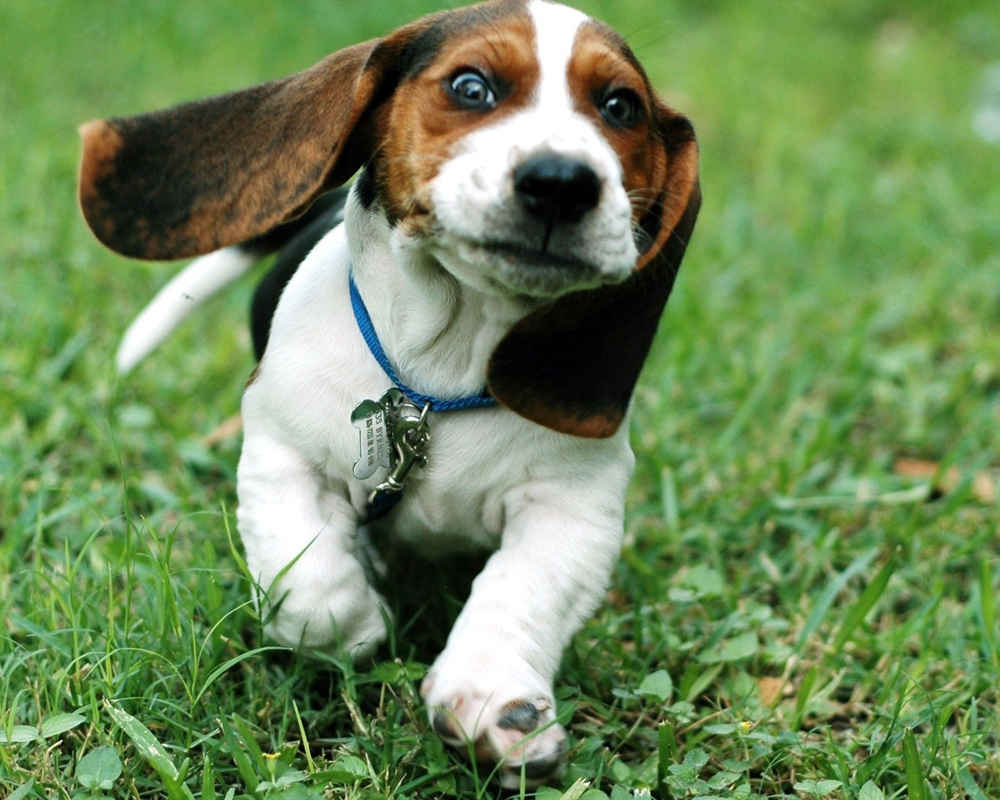 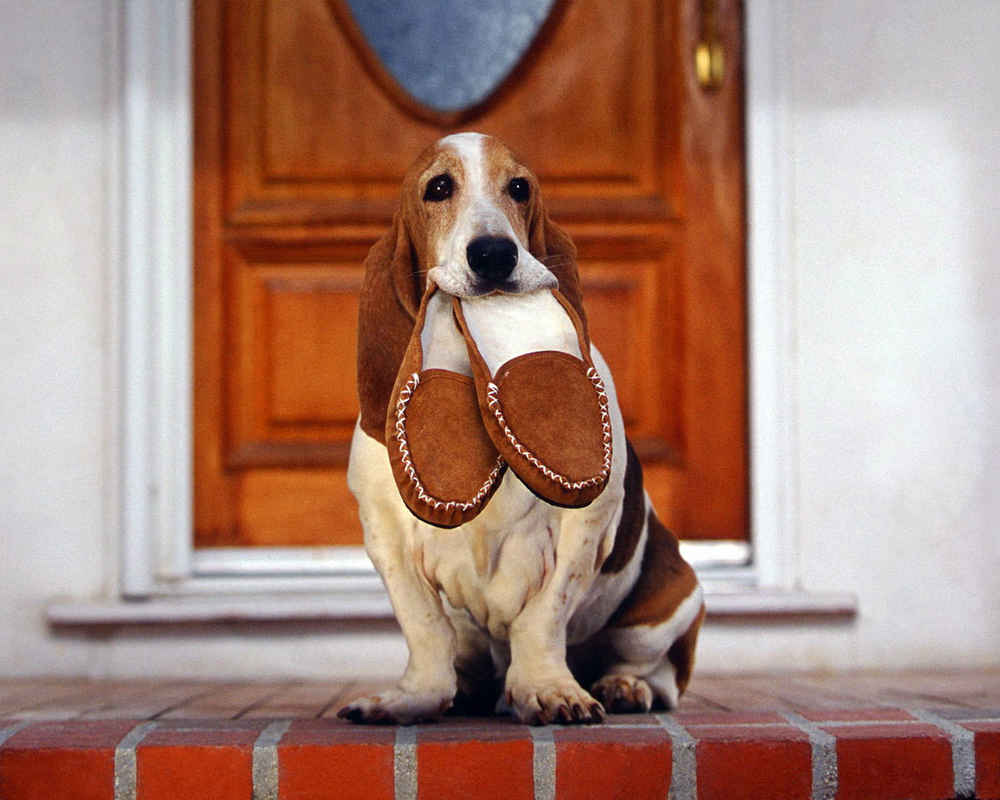 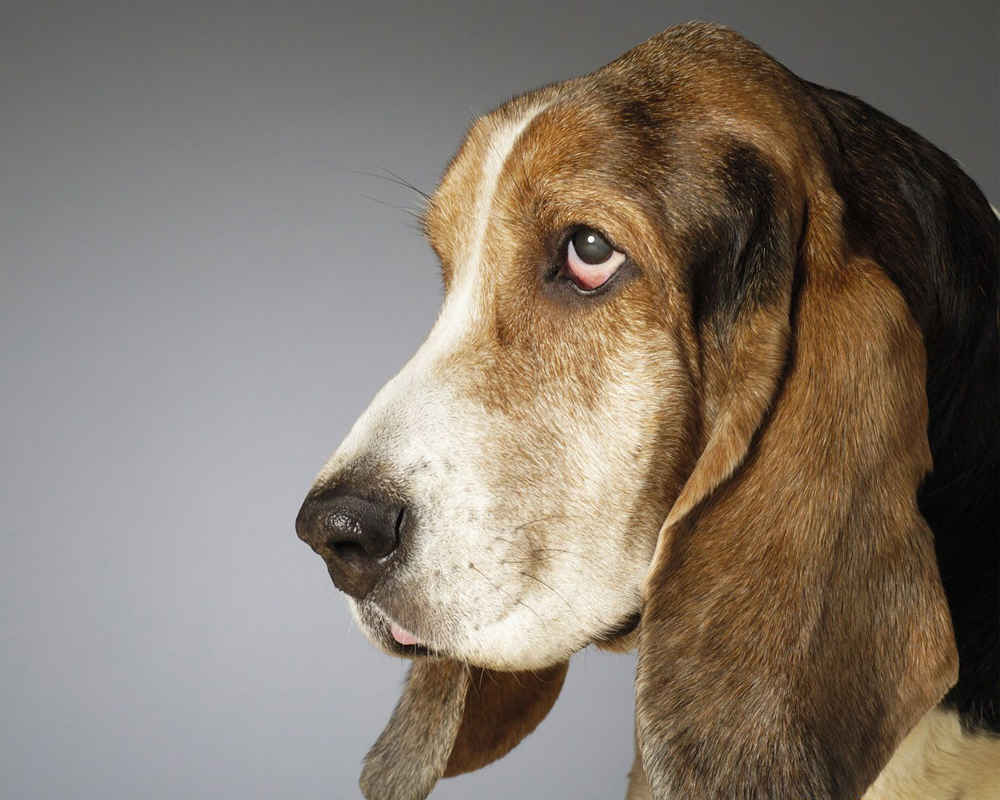