Agility is not just an opportunity to receive a reward and take pride in their cups.

Pursuing with his doggie, the owner strengthens the bond with him.

The dog becomes more obedient and balanced. BUT satisfaction from perfect understanding with your pet generally difficult to convey in words!

So what is agility, and who can do it? 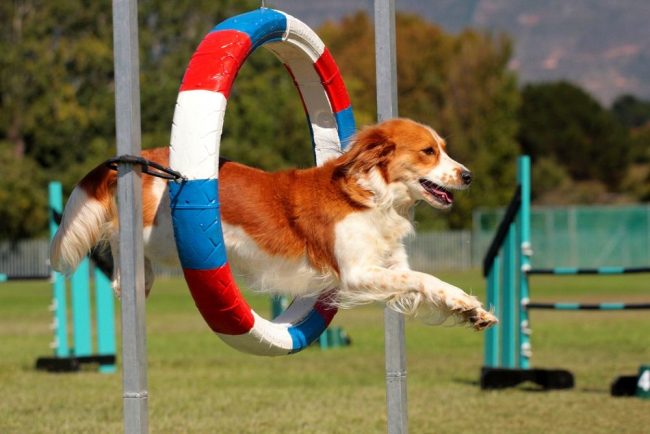 Agility for dogs is a transforming horse show jumping

In short, agility is a sport in which It implies the participation of the owner and his dog.

Literally from English the word “agility” can be translated as speed, agility, dexterity.

From the side it seems that the main burden to overcome various obstacles lies on the doggie, however this is only it seems.

The brain center of the “operation” is the owner or, as his called in agility, handler.

If before the competition he didn’t make perfect contact with his pet, they won’t get prize places. 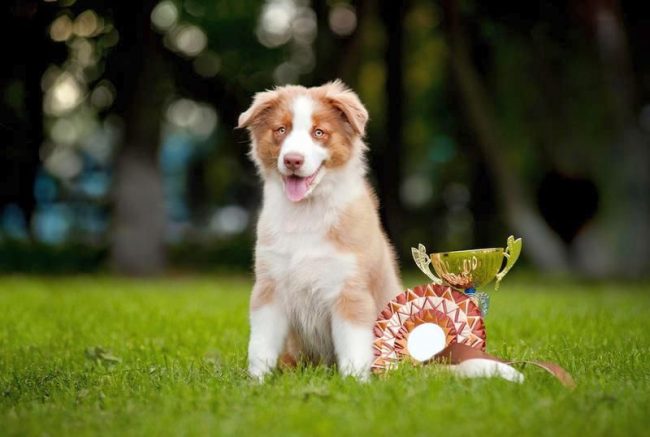 The most agile, fast and obedient dog receives the main prize and master’s eternal love

A bit of history

Interestingly, initially it was not planned to conduct agility as an independent type of competition.

It was invented, rather, as an entertainment designed to to surprise the guests of the English exhibition CRAFTS.

The organizers of this event received an order to show what nobody had seen before.

They, without further ado, borrowed some shells from horse jumping, added some new devices, and as a result an entertaining strip obstacles for dogs.

This whole thing was called AGILITI. So, 1978 is the year that significant exhibition CRAFTS – can be considered the year of birth a new sport in which dogs and their owners participate.

At that exhibition, a member of the FCI sports committee, Frenchman Jean Paul Petididier.

He really liked the idea of the organizers, so he became arrange dog agility competitions in Europe.

Jean-Paul is still the chairman of agility at FCI committee. 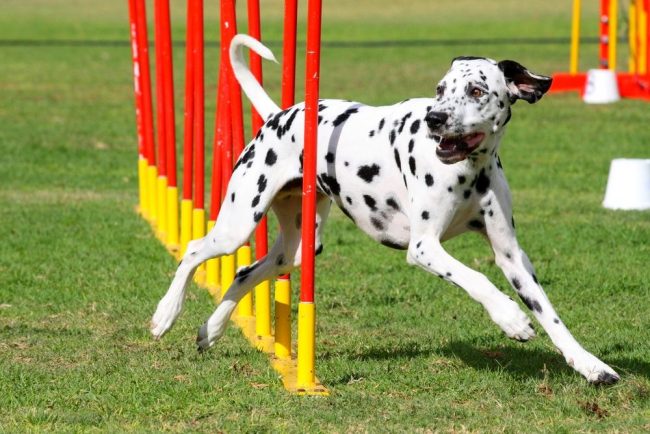 The main thing in agility for dogs is the most competent overcoming all obstacles. Speed also plays a role in awarding a prize, but, if the dog crossed the track very quickly, while knocking everything down, that you can’t shoot down, it’s not appreciated highly

Russian dog breeders began to imbued with the spirit of agility since 1993 of the year.

And in 1994, they organized the first agility championship for dogs in Moscow, in which 12 pairs took part – handlers and their doggies.

Jean Paul Petididier, who awarded the Russian team Tim Spirit this is the goblet.

And since 1996, Russian teams began to take part in Agility World Championship. 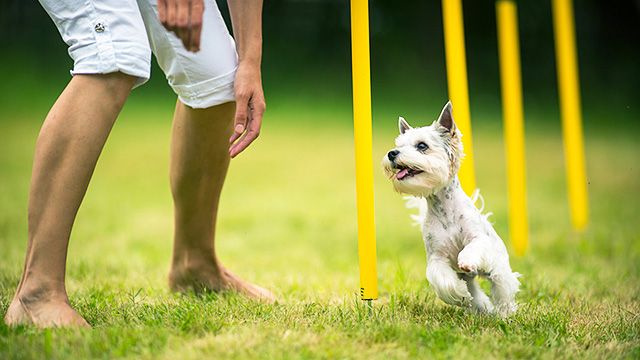 Handler has the right to command his dog only at a distance. The owner can not be encouraged to eat your pet snacks or something else. You can’t touch the dog either, even the collar must be removed

There are few rules in agility, however this is enough to to capture the attention of even the most sophisticated viewer.

The main thing is the most competent overcoming of all obstacles.

Speed also plays a role in awarding the prize, but if the dog I crossed the track very quickly, while knocking down everything that’s impossible shoot down, this is not appreciated.

Handler has the right to command his dog only on distance.

The owner can not be encouraged to eat your pet snacks or something yet.

You can’t touch the dog either, even a collar take off. Consider the terminology of agility: 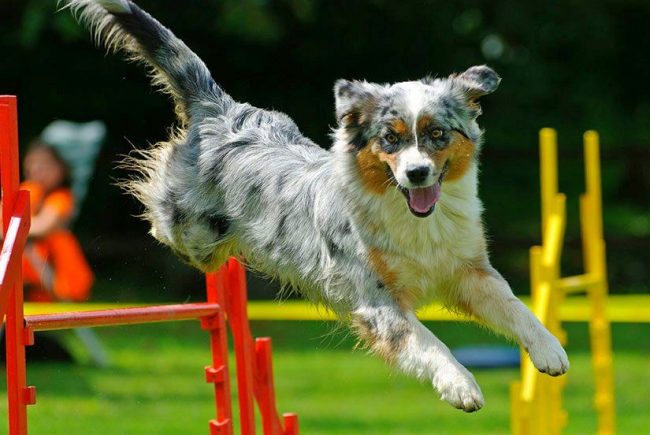 Any breed of dog can take part in the competition, for Agility can lead even outbred Bobik. The main thing here is perfect handler symbiosis with your pet

Before the competition, handlers are given a few minutes to familiarization with the track.

They estimate complexity, calculate strengths and opportunities. his four-legged friend.

Dogs are not allowed to show the track in advance.

From the side, the course of the competition looks like this: the owner commands, the dog is running, the judge is watching with the stopwatch turned on. 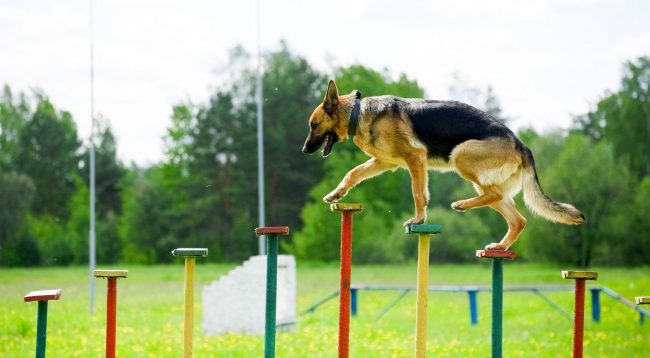 Agility competitions for dogs are divided into three categories: mini, midi and standard – depending on the size of the participants

Which breeds are suitable for agility?

Any breed of dog can take part in the competition, for Agility can lead even outbred Bobik. The main thing here is perfect handler symbiosis with your pet. When the doggie does everything is correct and fast, they give him a prize.

Although, if the dog has just huge dimensions – German Great Dane, Leonberger or wolfhound just can’t get into the tunnel – one of the shells.

Let’s say the middleschnauzers and Terrier Hip and Shoulder Joints located at right angles, so it’s more difficult for them to slalom and barriers than dogs with creeping gait, for example, Swiss shepherds, kuvasamili Groenendael. 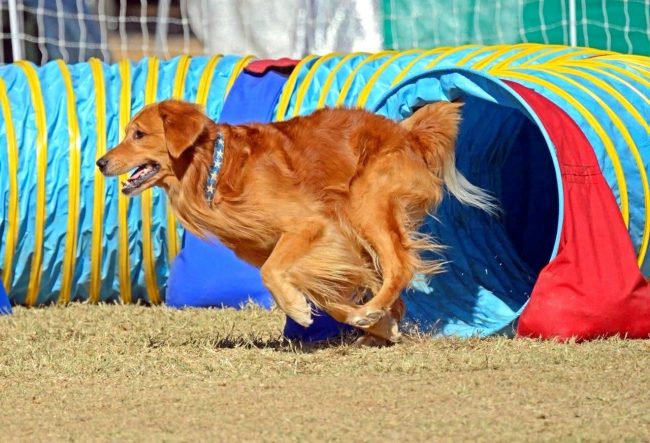 Before the competition, handlers are given a few minutes to familiarization with the track. They estimate complexity, count the strength and capabilities of his four-legged friend. Dogs in advance it is forbidden to show the track

We will not be mistaken if we say that agility can do everything.

For the owner this is an opportunity to have fun, for the dog – it’s fun to play, because this is how doggies perceive this purely human venture.

And if you once completed some courses with him, then through for a while the dog forgets everything he knew.

But agility is constant innovation and development.

There are three categories of agility:

Choosing the right category is important because it affects the height. shells for jumping. 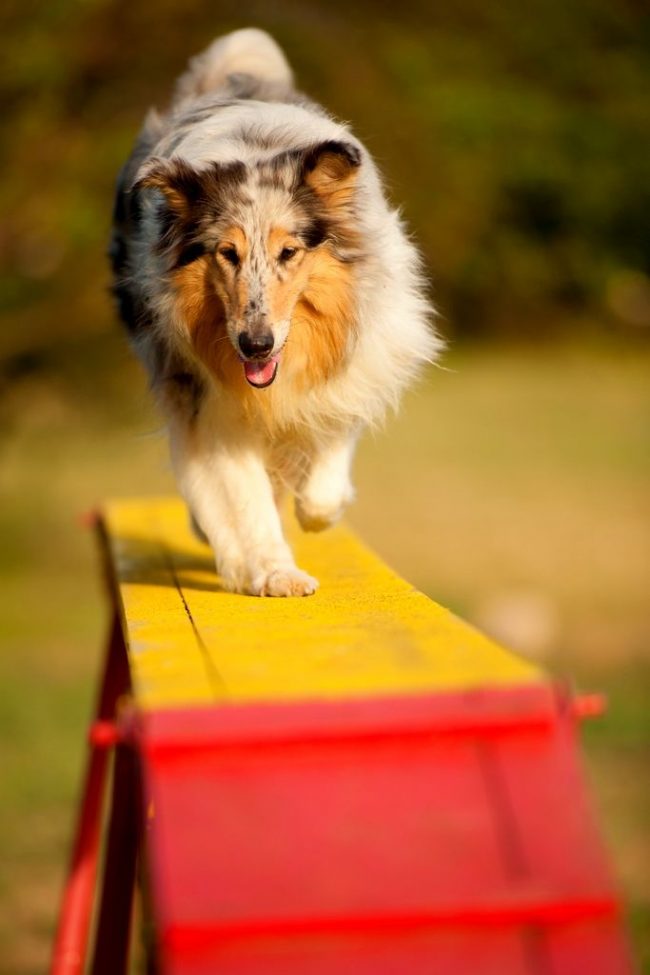 How to teach agility dog

It’s good if dog agility classes start when the doggie turns 4-6 months – this is the ideal age to start trainings.

However, older dogs also benefit from such training, and they have a very real chance to take part in the event a certain scale.

Even if your dog doesn’t catch a star from the sky, agility definitely benefit him.

There are two options for classes:

With a young dog, you can immediately (from four months of age) begin to master the wisdom of agility.

These classes last until the pet is one year old, then the result will be obvious. 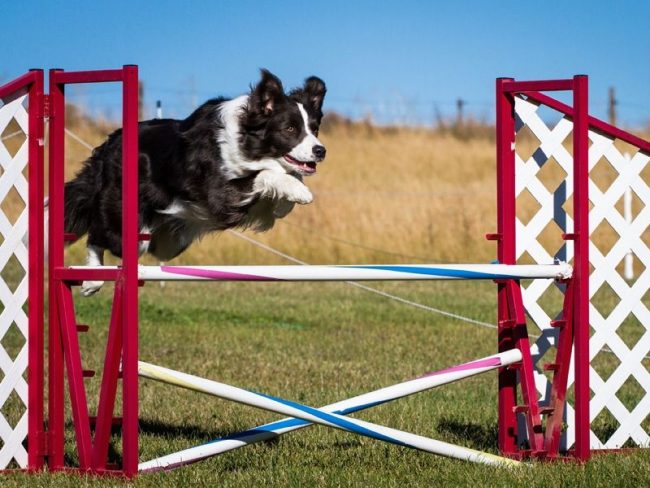 In fact, you can start agility training in any age. It’s good for the dog anyway.

If you don’t have the opportunity to devote a lot of time to classes or doggie is not young for a long time, there is a second option on how to teach a dog agility.

If the dog is young, then when she turns one year old, during months to master with her all the agility shells.

For older representatives of four-legged friends, the monthly Agility course can be a logical continuation of the UGS or OKP.

To be eligible to participate in the competition, you must pass agility-1 exams with a diploma.

Then, having this document, you need to sign up for a team and go to special workouts that allow you to just endlessly Improve your dog’s skills.

Training with “terry” champions is very motivating, but not overdo it by overloading your dog.

For the doggie in all this the main thing remains interest, the game. 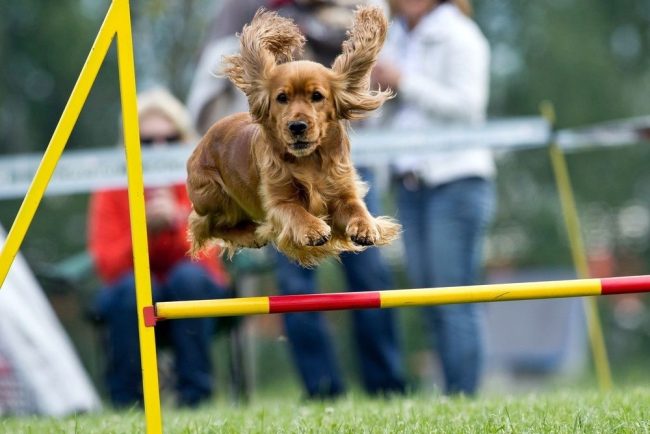 Medals should not be the main motivators of the competition. The main thing is to enjoy communication with your devotee. four-legged companion

Agility classes for dogs in Moscow offer a lot sites.

These are cynological clubs and centers such as “Together”, “Flyers”, “Yasenevo”, “Rosto”, “Commonwealth”, “Silver Forest”, “Green Mountains” and others.

On the Internet you can find the addresses of these clubs, how to get there, find out the conditions and other useful information about these institutions.

Naturally, when ordering a course of 10 or 20 lessons guaranteed a discount. 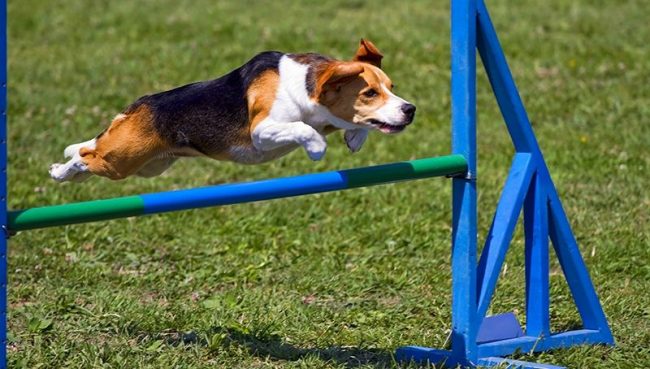 Agility can do absolutely everything. For the owner, this an opportunity to have fun, for a dog – to have fun, after all, this is how doggies perceive this purely human venture

On specialized sites of cynological clubs are held different levels of agility competition that could become the first step in your pet’s stellar career.

However, medals should not be the main motivators.

The main thing is to enjoy communication with your devotee. four-legged companion.

Agility for Dogs: A Prize-Winning Game

Agility for dogs. You think agility is not for you and yours. doggie? Leave these thoughts! Let the international shine on you agility competitions of dogs, but a lot of pleasure from workouts will be provided.