In Tver lives a dog named Nord. He is not purebred, but very beautiful, smart and kind; Nord needs his house and master.

A resident of Tver, Irina Ivanova drew attention to the dear a dog that loves kids and wants to play with them. Dog almost every day I came to the playground, but its constantly parents drove away, and often beaten.

Irina began to feed a homeless handsome man, called him Nord, and soon found out the sad story of his life. Dog survived two betrayals – the owners drove her out into the street, “because which is too kind. “Surprisingly, Nord never stopped then trust people. 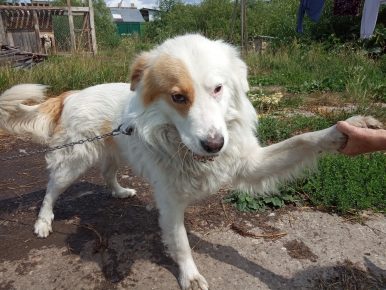 For several months now the dog has been living with Irina. Unfortunately, the girl is not can leave him for good, but give only to the best the owner who will never betray such a wonderful friend.